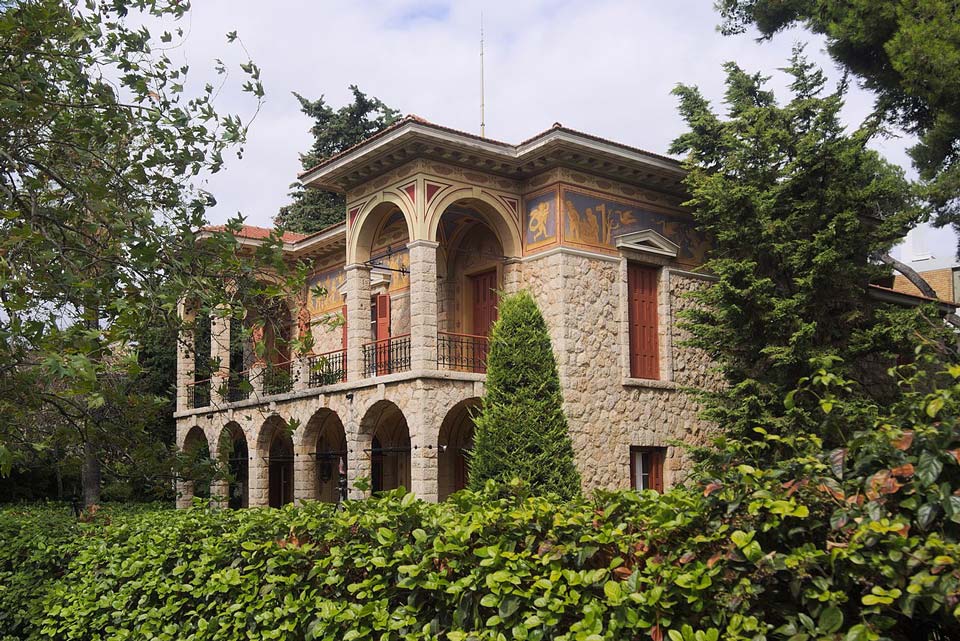 Athens is a city of many faces, with some being more promoted and others hidden.

One short trip north of the city center will reveal another face of the Greek capital — that of the rich and/or famous who chose to move away from the hustle and bustle of downtown and be secluded in the natural beauty the slopes of Penteli forest mountains provide.

Kifissia
One of the 12 oldest cities of ancient Attica, Kifissia remains to this day the suburb where most of Greece’s old aristocracy resides.

About 15 kilometers (9 miles) from the center of the capital, full of old stately mansions and villas ensconced in the luscious greenery of pine and plane trees, Kifissia is probably the most glamorous suburb of Athens. Many wealthy Athenians built their summer homes there to escape the heat of the center.

A walk along the streets of Kifissia is also a trip into modern Greek history. Prominent politicians, writers and actors of the 20th century lived or died there. Today, you will see a famous actor walking her dog, or a TV personality shopping in one of the district’s boutiques.

Ekali
Further north from Kifissia, Ekali could be called the Kifissia of the nouveaux riches. Here the visitor will find only new luxury villas and condominiums. It belongs in the Kifissia municipality and is inhabited by wealthy Athenians.

One could say is that whereas well-to-do Athenians built their summer homes in Kifissia, Ekali inhabitants built or bought their primary residences there.

As far as natural beauty is concerned, Ekali is more beautiful, with the houses literally hidden by trees and with the mountain smells more prominent. Popular former Prime Minister Andreas Papandreou lived there, making Ekali a household name. Billionaire businessman Vardis Vardinogiannis, famous singer Anna Vissi and shipping and banking billionaire Spyros Latsis are some of the suburb’s residents.

Penteli and Nea Penteli
Taking its name from the mountain, the Penteli Municipality is higher up on its slopes. The northern suburb brings the visitor as close to nature as possible. The mountain itself is perfect for hiking and biking as it has many paths to follow.

For less-sporty visitors, Penteli is famous for its grill houses and taverns, as many of them offering spectacular views and fresh mountain air along with great food. It is a popular spot for Athenians to visit on weekends to enjoy nature.

Another one of ancient Athens’ subcities, Marousi or Amarousion as it was called until a few decades ago, got its name from goddess Amarysia Artemis. Situated 13 km from the center of Athens, Marousi was “upgraded” in the 1980s as there was plenty of space to build villas and luxury apartments only 2 km from Kifissia.

Another reason Marousi took a prominent place in Athens suburbia was the Olympic Athletic Center of Athens (OAKA) complex that was completed in 1981, later to host the main athletic events of the 2004 Athens Olympics.

Having a good transport system and a vibrant market, Marousi is a sought-after suburb combining all conveniences of downtown with the peace and quiet of a suburb.

Where you can stay

Sleek and sophisticated, the hotel Civitel Olympic just across the Olympic Stadium is proud of its attractive, understated design and ambiance that echoes Greece’s Olympic glory.

The hotel lies in the fine suburb of Maroussi, 20min from the center of Athens and just 25min from the Athens International Airport.

Moreover, exhibition organizers & visitors, as well as luxury shoppers & those who prefer the open spaces of the fashionable northern suburbs, have found the hotel ideal for their purposes.

Noteworthy as well are the different hospitals & medical centers in the area, some of which are within walking distance.

Last but not least, if you enjoy dining in a relaxed, design-led ambiance that offers creative Mediterranean cuisine, the hotel’s restaurant will not disappoint you.

Experience a world of flavors and dishes and pamper yourself with an excellent culinary escape during the day.