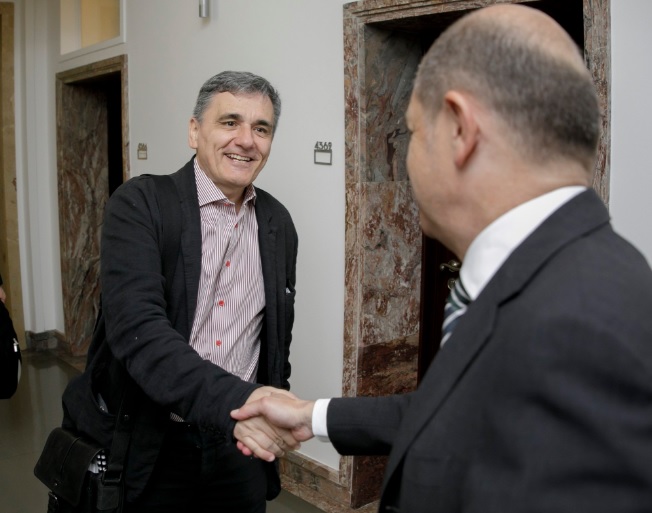 Germany’s finance ministry took to social media to describe the meeting as: “Good talks toward a new strong partnership.”

It is the first substantial Greek-German finance engagement since Germany formed a new government after months of wrangling following an inconclusive federal election last year.

Athens has been hoping the Social Democrat finance minister will be more amenable to Greek calls for some kind of debt relief on outstanding loans.

The Greek government is also hoping that having a Social Democrat partner in Berlin will see no return to the austerity policies vigorously pursued by previous German finance minister Wolfgang Schauble.

In his first major interview after taking office, Scholz said Greece was already following the right reform program to bring the crisis to an end.

“We will continue to remain in dialogue (with the Greek government) to ensure that it maintains the reform policy.

Greece is planning to exit its bailout program in August this year. On Thursday, Alternate Finance Minister Giorgos Chouliarakis briefed Eurozone officials about a post-bailout plan in Brussels.

However, Greece’s growth was the lowest among eurozone countries for 2017, with a GDP rise of just 1.4 percent while the eurozone average was 2.3 percent, according to European Central Bank (ECB) figures this week.

And last month, Daniele Nouy, the chair of the Supervisory Board of the ECB, said non-performing loans continued to threaten Greek financial stability.