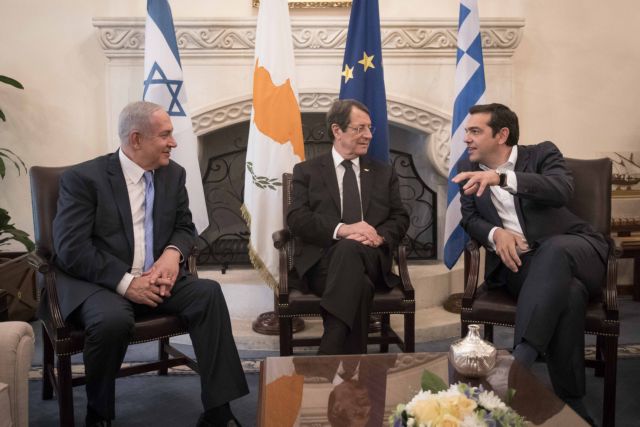 A joint pipeline that could feed 20 billion cubic meters of natural gas to Europe is a project discussed between the leaders of Greece, Cyprus, and Israel in a trilateral meeting in Nicosia.

Greek Prime Minister Alexis Tsipras, Israeli Prime Minister Benjamin Netanyahu and Cypriot President Nicos Anastasiades met for the fourth time on Tuesday in an effort to promote the cooperation in economic and geopolitical issues, according to The Times of Israel.

The envisioned pipeline that will supply east Mediterranean gas to Europe — the EastMed Pipeline Project — would start about 170 kilometers (105 miles) off Cyprus’ southern coast and stretch for 2,200 kilometers (1,350 miles) to reach Otranto, Italy, via Crete and the Greek mainland.

The Israeli prime minister called the East Med pipeline a “very serious endeavor” that is important for Europe, which is looking for new sources of energy.

The three leaders also reaffirmed their backing for planned undersea electricity and fiber optic cables that will link Israel, Cyprus, and Greece.