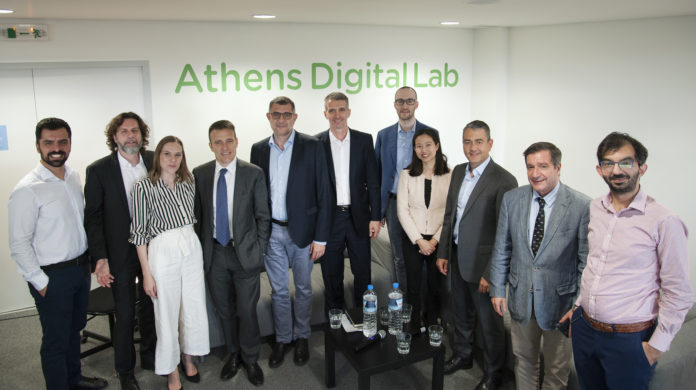 The newly established City of Athens’ Digital Lab has chosen four teams of young entrepreneurs, giving them technological and financial support to implement programs that will improve life in the capital.

Entrepreneurs were asked to submit ideas that would tackle the urban challenges the city is facing with the use of Internet of Things (IoT) technologies.

Four teams were selected out of more than 110 proposals. The Athens Digital Lab will provide them with funds and technological support to turn the proposals into real, effective projects that would change the city for the better.

The teams and proposals presented were:

The recycling bins use IoT technology to provide real-time data about the capacity of the bins and their recycling performance. The bins will make recycling look like a game that rewards people with points if they recycle correctly.

The National Garden in central Athens is one of the public parks that can benefit from improved management through the Inagros Urban platform. Inagros developed a node of sensors, Inagros Urban that the City will use to monitor and control water and fertilizer levels, and predict plant health across the city’s parks.

A tech app that can help effectively address issues like encroachment on public space by cafes and bars, a situation that is rampant in the capital. The use of public space by restaurants and bars is a challenge for the city to monitor. Smart City Spaces designed a web dashboard that monitors public spaces and pedestrian foot traffic throughout Athens and creates digital beacons, which act as digital ID’s for stores and contain their licensing information.

A thing of Me – A marketplace for data: The proliferation of the Internet of Things devices and technology provides new and transformative opportunities to collect and analyze data. The Thing of Me platform establishes a marketplace to exchange this data.