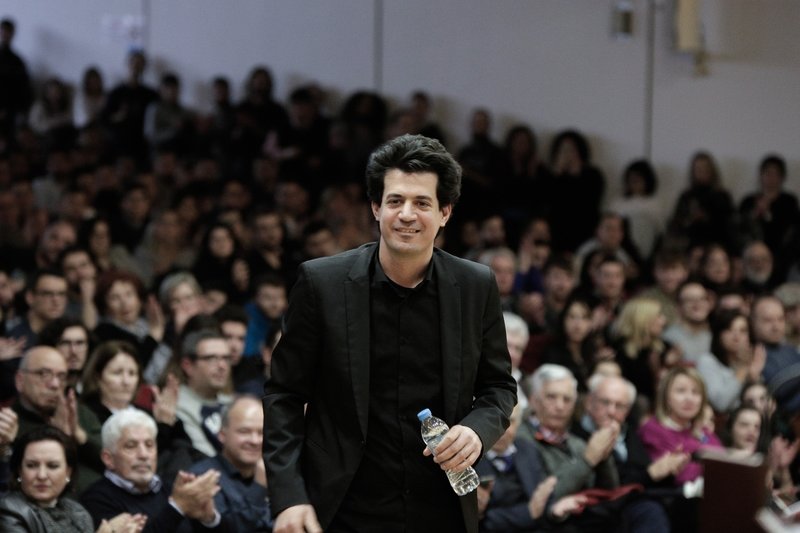 Speaking at the Niarchos Foundation Cultural Center, Daskalakis, who became internationally known for proving there is no computationally efficient algorithm for Nash equilibrium, called on his fellow Greeks to think both globally and locally, and said that the multiple economic and social dysfunctions in the country must be overcome.

AI “is coming, but has not arrived yet,” he said, and cautioned that people must be “a bit more grounded” when it comes to expectations for AI.

He described the great benefits of AI applications in several economic sectors, such as “smart” online auctions, transportation like Uber, and online platforms for exchange of information or to meet people.

Underlying their success, he said, is the best match between supply and demand, and Greeks who want to set up a successive startup should find an idea that solves an issue and does it efficiently.

Among the shortcomings of technology, the young scientist mentioned its frequent unreliability, as in identifying an image wrongly and causing a fatal accident in a self-driving car; ethical considerations, which are not codifiable, and the difficulty of making ethical decisions based on algorithms; democracy issues, such as manipulating algorithms for political reasons or generating fake news to influence individuals and masses; lack of objectivity, such as algorithms reproducing racist or sexist social stereotypes; and the challenge of protecting privacy, as in the covert use of personal data.

“Discussion on all these must occur by all of us now, so we can influence our future and prevent it from becoming dystopic,” Daskalakis said, and dismissed ideas like “war between humans and machines,” saying that reality will prove more complicated.

In terms of crypto-currencies like Bitcoin, “one of the most fascinating discoveries of the 21st century,” he said that the underlying technology (blockchain) has a future and “is here to stay”.