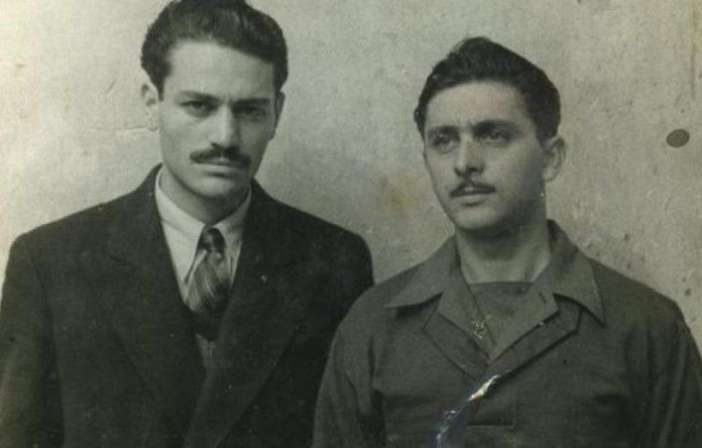 One of the most humiliating moments not only for Greece but for all humanity was when in April 28, 1941 the swastika was hoisted on the Acropolis Hill, on the cradle of democracy and Western Civilization.

It was the day when the German troops entered Athens to take control of the surrendered city. The moment the Nazi flag flew in the sky of Attica marked the beginning of three and a half years of pain, hunger and death under the Wermacht boot.

Yet, two young men, barely 18, made a heroic move that later proved to be the beginning of the great Greek resistance to the Nazis. The two youths, Manolis Glezos and Lakis Santas climbed the Acropolis Hill at night and took down the swastika, dealing a symbolic blow to the powerful occupying forces.

It was a gallant act, an act of proud defiance that ultimately raised the spirit of Greece and made them believe that, indeed, they can resist the Nazis. It was the power of the human spirit against the power of guns.

Their plan was organized days earlier. They read everything they found about Acropolis in encyclopedias. Most importantly they read about natural tunnels, crevices on the Sacred Rock and points they could hide.

On the morning of May 30, 1941, Glezos and Santas heard on the radio that Crete had fallen. The two young men decided it was time to act.

At 9:30 pm, the Acropolis’ small guard was gathered in Propylaia, drinking beers and getting drunk. The two youths jumped over the wire fences and crawled through Pandroseion sanctuary’s cave. They climbed up the archeologists’ scaffolding and arrived within a few meters of the mast, without any guard noticing them. Moving quickly, they took down the hated Nazi flag.

The two students, armed with a little knife, a lantern and a ton of courage, did what seemed impossible: They climbed 34 meters up the Acropolis Hill, in the middle of the night under a strict curfew, approached the flag and cut it down. Then, they went 34 meters downhill, crossed the empty streets of central Athens and returned to their homes.

Later in their lives, Glezos and Santas spoke about the carefully orchestrated act, the practice of the day before, but also the fear they felt when returning to their homes. They were lucky, but luck is always on the side of the brave.

On June 1st, Greek newspaper Eleftheron Vima published a proclamation from the German commander stating that the “unidentified culprits” responsible for taking down the flag were handed a sentence of death in absentia, a punishment that was never applied.

Early next morning, the German guards realized that the flag was missing. The Nazi authorities ordered several interrogations and by 11 am a new Nazi flag was flying above Acropolis.

During the German Occupation, Glezos was arrested three times. He was put in prison but managed to escape, while Lakis Santas escaped the enemy and joined the Greek People’s Liberation Army (ELAS).