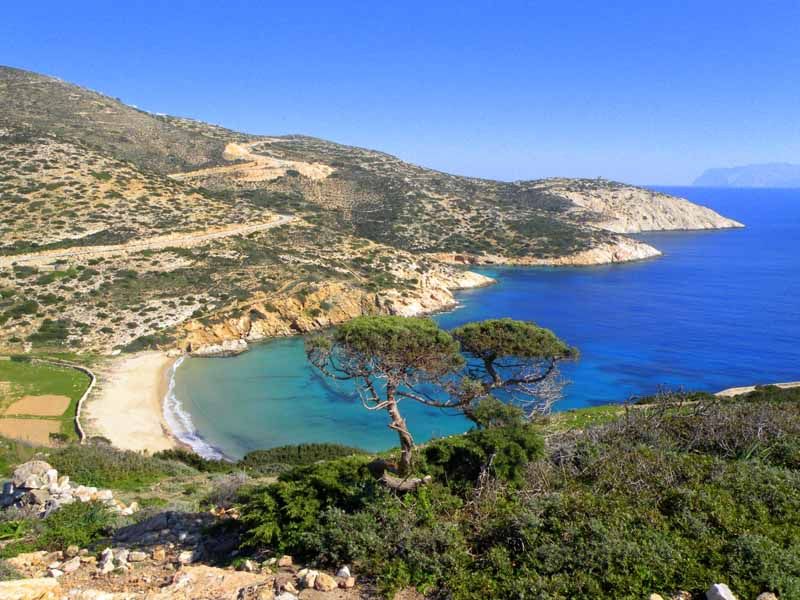 When it comes to beaches making it on the “world’s best” lists, Greece is no stranger. It should be of no surprise that the small Greek island of Donousa has made the list for Forbes 2018 Top 8 most beautiful beaches.

Donousa is a less visited island than many of the more popular destinations in the Cyclades, but with white sandy beaches like Kedros, it easily made the top 8 list.

The small secluded beach is just one kilometer from the quaint village of Stavros.

Another beach that helped the island make the list is Livadi, which is even more remote and a less known destination on Donousa.

The island of Donousa has only 167 inhabitants and an area of 13.75 square kilometers. It is located between Naxos and Amorgos and is one of the smallest islands of the Small Cyclades.

It can be reached by ferry from Piraeus or with a local boat from Naxos or Amorgos.

This island remains unspoiled by tourists and has little means of transportation, which means that when you are on Donousa you can walk around, and enjoy the beaches — most which are accessible by foot. Just pack an umbrella since the beaches on this island are not organized and have no proper facilities.

Here is the complete list of Forbes’ Top 8 most beautiful beaches in the world: