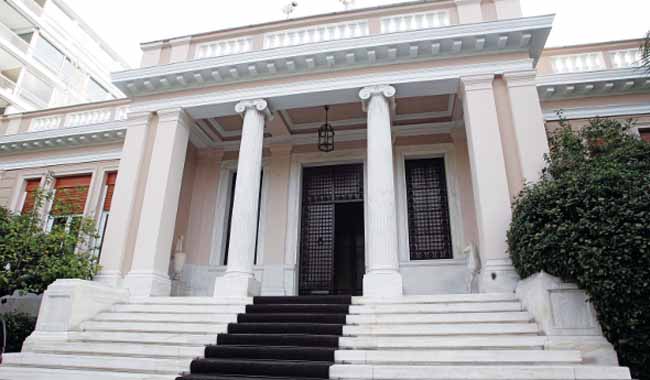 Political developments, the ‘North Macedonia’ issue and the next day after the completion of Greece’s third bailout program all point to the likelihood that Greeks may face a triple election next May.

In May 2019 Greeks will be called to vote for local governors and mayors along with the European Parliament, a vote that was scheduled to take place in October 2019. The fact that the government agreed to expedite the local and European elections indicates that a general election will likely take place at the same time.

The main reason is that if the government loses the European and local elections in May 2019, it will be at a disadvantage if national elections are held in September 2019, when the current four-year term expires.

At the moment, polls show that at least 62 percent of Greeks are very disappointed with the government’s handling of the FYROM ‘North Macedonia’ issue, particularly in Macedonia and northern Greece overall.

Also, if the SYRIZA-Independent Greeks (ANEL) administration does not manage to stop the required measure of pension cuts in January 2019, as Prime Minister Alexis Tsipras promises, it will be too long until September as pensioners will endure the cuts for months longer.

The ‘Macedonia’ naming issue seems likely to become the catalyst for the next national elections. In January 2019, the Balkan country will likely ratify the name “North Macedonia” as agreed with the Greek prime minister in Prespa in June. At that time, the agreement will face a vote in the Greek parliament.

ANEL have stated that they will vote against the new FYROM name, thus breaking the government’s weak majority. Even though other lawmakers might vote for the Prespa deal independently, a majority vote is not certain.

ANEL chief Panos Kammenos is stating that his party opposes the “North Macedonia” name and will vote against. However, in the past, Kammenos has often voted in favor of issues that he previously declared his opposition to. Yet, it is not guaranteed that his party will stay in line with SYRIZA. So, a possible opposition vote from the Independent Greeks will put an end to the fragile SYRIZA-ANEL coalition.

At the moment, the Tsipras administration is doing its best to narrow the gap between SYRIZA and New Democracy in opinion polls. The main opposition is steadily leading the intention-to-vote polls with numbers that often go into double digits.

In an effort to approach the New Democracy figures in the polls, the prime minister tries to present the end of the bailout program in August as a personal victory, along with the higher-than-required primary surpluses in the budget. Tsipras is promising that the excess primary surplus funds will be used to stop the pension cuts in 2019 along with tax easing for the middle class.

However, it is not certain that Greece’s international creditors will allow the non-implementation of the pension cuts measure in 2019, a prerequisite for the completion of the bailout program.

Another reason the government might want to go to the polls earlier than September 2019 is that the constitutional revisions its has proposed cannot go to the parliament until October 2019, when the plenary convenes again after the summer holidays closure. Tsipras would want to use the proposed amendments as a means to attract voters from the center-left.