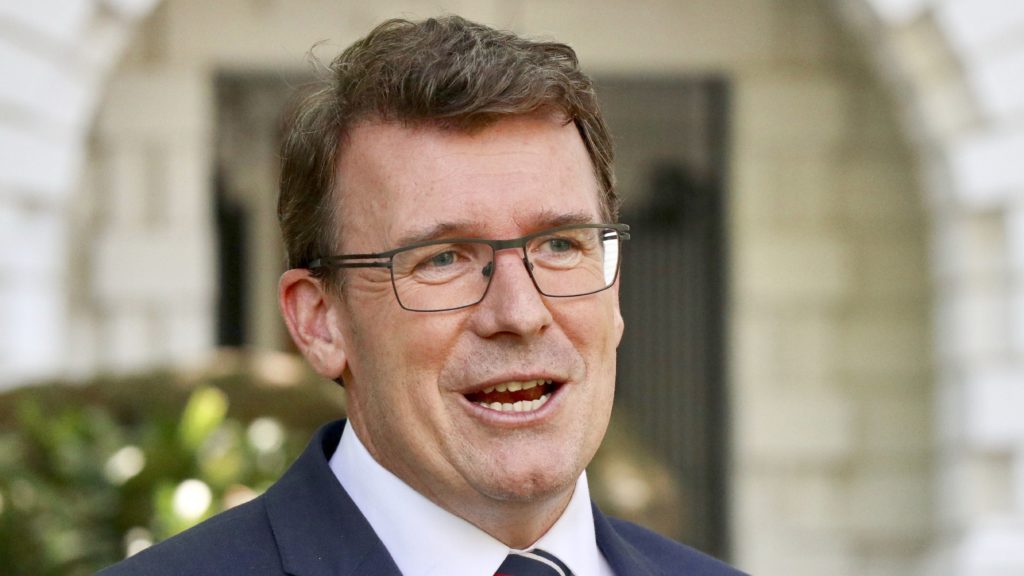 Thousands of people gather at the Greek Centre of Melbourne each week, and recently the Federal Minister for Citizenship and Multicultural Affairs, Alan Tudge, paid a visit to the Centre.

Along with his staff, the Minister received a tour of the Centre and its operations.

The Level 12 facility that was recently completed and will be the GCM’s library facility got the attention of the Minister.

“Over 1400 people per week use the Centre to meet, to educate and be educated, to entertain and be entertained,” explained Jorge Menidis, the Greek Centre Director.

Other topics of special interest that were discussed during the Minister’s visit include:

• Presentation to the Minister of the University of Melbourne report; From Ethnic Enclave to Cosmopolitan Cultures: Evaluating the Greek Centre for Contemporary Culture in the City of Melbourne
• Discussion about the Lonsdale St Greek Festival expansion
• Discussion about the Athens Fires
• Discussions about the future of Tertiary Greek and the GCM plans for the development of a Hellenic & Diasporic Studies chair at Uni of Melbourne
• The Minister briefed the GCM on his recent speech “The Case for English: Why a shared language is key to social cohesion and economic success”

During his visit, the Minister also met with the GCM Secretary, Costas Markos, and Professor Nikos Papastergiadis, one of the authors of the recently released report From Ethnic Enclave to Cosmopolitan Cultures: Evaluating the Greek Centre for Contemporary Culture in the City of Melbourne.