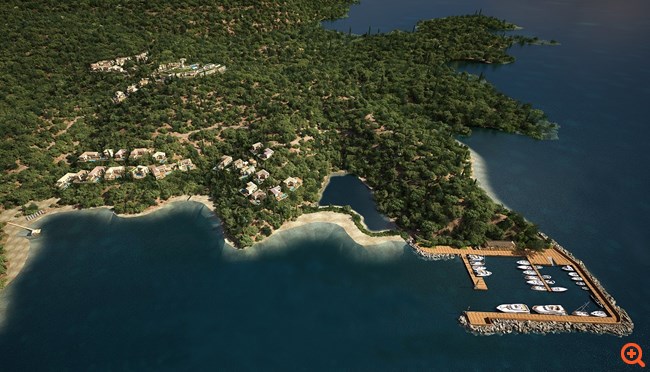 The project of building a luxury resort in a 490-acre plot in Erimitis, in the Kassiopi area of Corfu, will kick off in 2019, seven years after the agreement with the Greek State and after 11 appeals.

The investment by NCH Capital was agreed with the Greek government in 2012. It was part of a series of privatizations as required by Greece’s bailout program. NCH would build a luxury resort, villas and a marina with a 60-boat capacity in Erimitis.

However, after the deal was signed, several area residents, environmental groups and municipal authorities filed lawsuits against the project, citing reasons of environment protection.

The Council of State rejected the appeals one after the other. However, the appeals delayed the project for at least six years. Even today, there are still some permits needed before works start, estimated in early 2019.

Andreas Santis, managing director and head of NCH Capital for the Western Balkans, Greece and Cyprus told Capital.gr that he believes the obstructions were caused by competitors and not area residents who, he said, know they will benefit from the project.

Santis further said that the community will back the project because in the construction stage it will generate 1,000 jobs and after its completion, there will be 500 permanent job positions available.

It is estimated that construction works will begin in the first half of 2019. The first phase will be the construction of the 90-room hotel with 76 suites, the marina, and certain infrastructure works. After that, NCH will build a total of 40 independent residences, which on average will be 250 square meters each in a plot of 1,000 square meters each.

The project will be completely self-sustained and bioclimatic energy-wise, with an autonomous desalination plant and will operate with the utmost respect for the natural environment of the area.