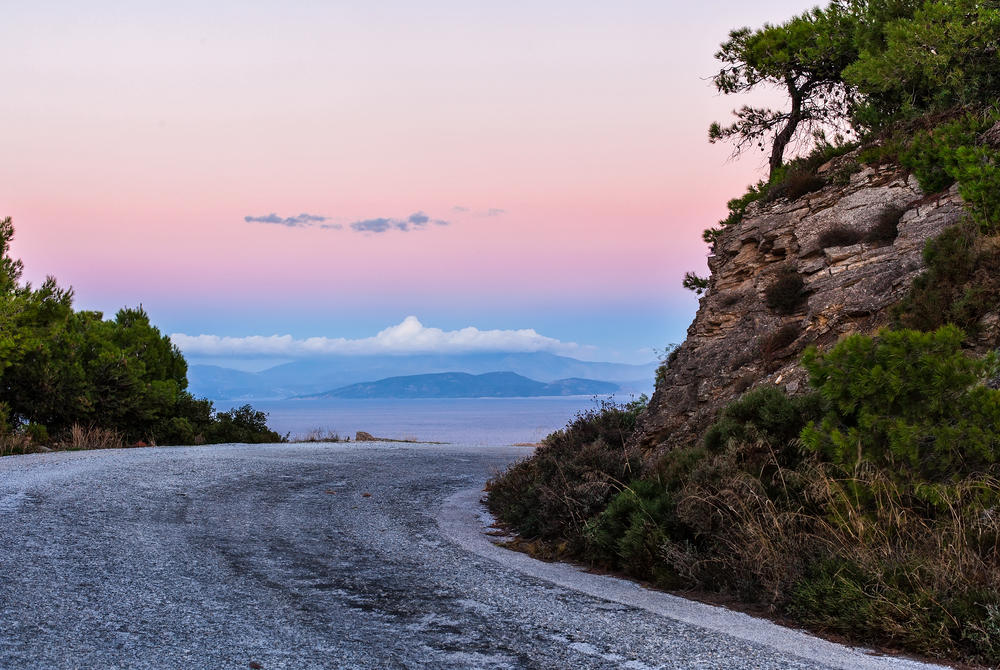 The Tempe Valley, located between the mountains Osa and Olympus in the region of Thessaly, has long been one of the most dangerous sections of the country's road network. Accidents happened here all the time. Currently, the 10 km stretch is one of the safest in Greece. Its reconstruction was carried out within the framework of the regional policy of the European Union.

Repair of the highway was started before the onset of the economic crisis and lasted for 6 years longer than originally planned. During the reconstruction, many jobs were created, albeit temporary. On the highway were erected three tunnels. Their total length is 11 kilometers. Inside there are 400 cameras installed – one device every 75 meters, which allows you to see everything that happens on the road. Two years ago, the construction of the last stretch of road between Thessaloniki and Athens was completed.

In the control, the center is conducted around the clock monitoring of situations on the highway. In the event of an accident or any incident, information is transferred to the rescuers and the police. Dispatching service fixes various violations, for example, the movement of pedestrians in the wrong direction, violation of traffic rules and smoking in the tunnel.

Positive dynamics on the site

After the reconstruction, transport links between the central part of Greece and its northern regions improved. Thanks to the arrangement of the tunnels, the passability of the highway have significantly increased. And, as a result, there was an increase in transport mobility in the region. For the study of the surrounding area, many more tourists are coming now: in the last 24 months, the traffic has grown by 18%. During the day, more than 11 thousand vehicles pass along the highway in the Tempe Valley. Аpproximately 25% of this number is accounted for by buses and trucks. Infrastructure improvements have led to improved road safety and reduced travel time.

Drivers point out the benefits of an upgraded motorway. They believe that new tunnels protect against hazards that may arise when crossing the valley. Now, according to them, you can admire the surrounding landscapes on the way, although you used to have to fully concentrate on the road. The updated infrastructure has helped to reduce the number of accidents several times. And the increased safety of the route contributed to its integration into the European route E75, which connects the southern regions of Greece with Norway.

The Transport Ministry of Greece is currently working to improve the safety of other highways in the country and plans to build new roads.