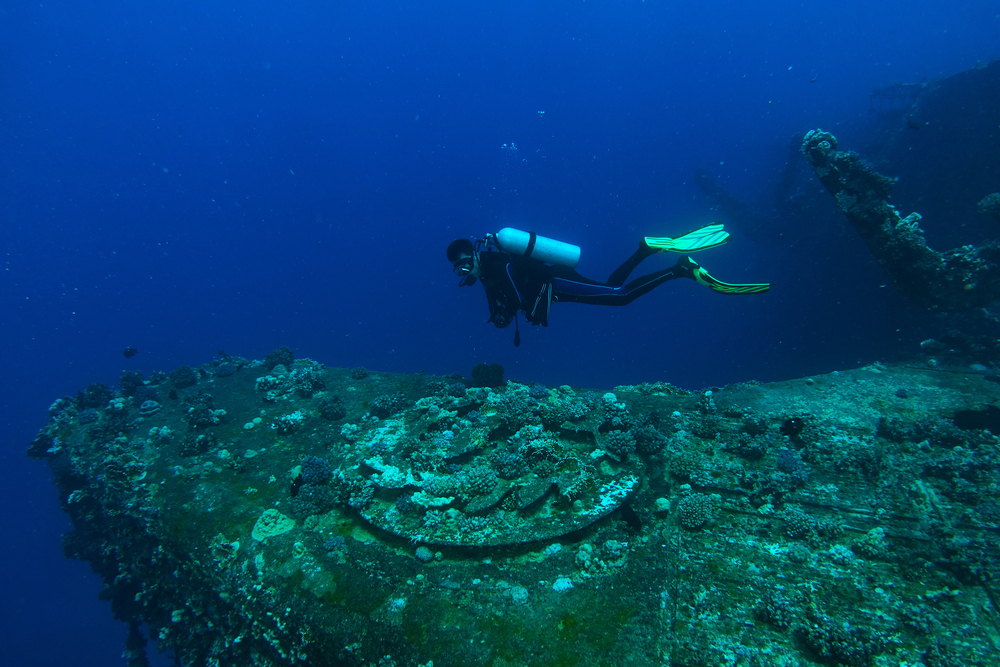 Profile ministries in the framework of increasing the tourist attractiveness of the country decided to open free access to the shipwreck site. According to historians, it sank at the end of the V century BC. The old ship carried amphoras, probably with wine or olive oil. The wreck is located near the island of Alonissos in the west of the Aegean Sea. A new object for research divers will replenish the list of "museums" under water.

The ship itself has long been gone; the wooden hull has decayed under the influence of salt water for so many years. The metal parts of the vessel and equipment were corroded and eventually crumbled. At the bottom, there were only amphoras. Despite their venerable age, they retained integrity. It is these ancient vessels that are the main archaeological landmark at the present time.

At a depth of 25 meters, divers will be able to see the most ancient artifacts with their own eyes. And the spectacle opens impressive – the seabed is strewn with thousands of ancient amphoras. All of them are buried in algae, and fish swim around. Some vessels are open and become home to various marine life.

What is known about the ancient ship

It is assumed that the ship sank due to fire, but it is impossible to determine this reliably, after so much time. Also, scientists can not determine what else, except for four thousand amphoras, was in the holds. Perhaps the antique ship was carrying some other goods, such as textiles or spices.

This find allowed archaeologists to understand that as early as the end of the 5th century BC, huge ships with a carrying capacity of more than 100 tons sailed across the Mediterranean Sea. Although, prior to a find made near the island of Alonissos, it was assumed that their construction was begun several hundred years later.

According to the Ministry of Tourism, this museum will become a popular place for diving divers. It is planned to open for public access and other places in the future. Previously, the historical heritage of Greece was available only to archaeologists, and diving for entertainment purposes was banned for almost the entire country. Authorities feared that divers could destroy the fragile artifacts on the bottom.

Now the Greek authorities are focused on the development of the tourism industry. In this regard, underwater attractions are becoming available. Those who do not have the skills to dive under the water and do not plan to make them are available excursions to ground centers and museums, where underwater beauty will be shown on the screens.