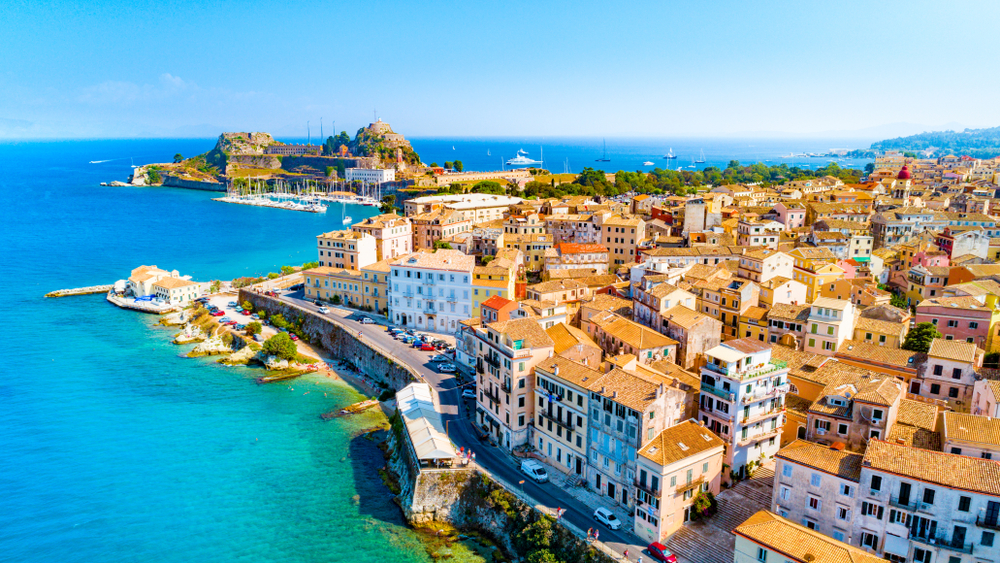 The beautiful island of Corfu attracts millions of tourists from all over the world. And there are a lot of reasons for that: magnificent nature, spicy local cuisine, plenty of fruits and seafood, clean sea, beautiful beaches, and friendly residents. The architecture organically mixed Venetian and English styles with traditional Greek and French. And Corfu has its own unique "chips".

# 1 Holiday in honor of Ushakov

The release of the island of Corfu from the French invaders was led personally by the brave Admiral FF Ushakov in 1799. The locals were admired by the courage of the military, and he became a popular hero. Every year in October, a holiday in his honor.

# 2 Traces of French colonialists in architecture

There are many French motifs in the local architecture since Corfu has long been ruled by France. The central area of ​​the island is a Greek copy of the French Rivoli street. There is a whole quarter in Corfu, built in the French style for the French aristocracy. Then the locals did not even have the right to enter its territory. Now it is open to all and is very popular with tourists. Magnificent coffee shops, fragrant bakeries, galleries, and large cricket ground are always full of visitors.

The landing strip in Corfu is very close to the water. Therefore, during takeoff, it seems that the plane will not have time to stop and will move directly into the sea. The highway is literally 100 meters from the airfield. And everyone passing by can see how a huge plane is literally landing next to them.

Spiridon Trimyfuntsky is considered the patron saint of the island, therefore every second local man is named after him. It is believed that Spiridon protects the inhabitants of the island from hunger and poverty. And local residents are of the opinion that it was thanks to his patronage during the Second World War that the island was not destroyed.

# 5 Echoes of the Odyssey

Even Homer wrote about Corfu. Only in his work, the island is called Scheria. And, according to the work of the ancient Greek playwright, the island was home to the Phaeac people.

Near Corfu is the island of Pontikonissi. It is shaped like a mouse. Locals believe that it was formed at the wreck of the ship, on which Odysseus sailed to Ithaca.

If you look at the rocks in Ermones Bay, you can see the face of a nun on them. It is believed that the stone face was formed after the pirates wanted to steal the icon from the temple.

The people of Corfu are very musical people, so from everywhere you will hear improvisations and "cantes" – songs for 2 or 4 voices.

There is a small stream near the beach in Sidari. To find your love, just go through it. So says one of the local legends.

It may seem that the people of Corfu eat a lot – the portions are usually huge. But in fact, they just love to relax there, where a lot and tasty cooked. Restaurants are almost always crowded with visitors. And the local cuisine is very tasty and varied.