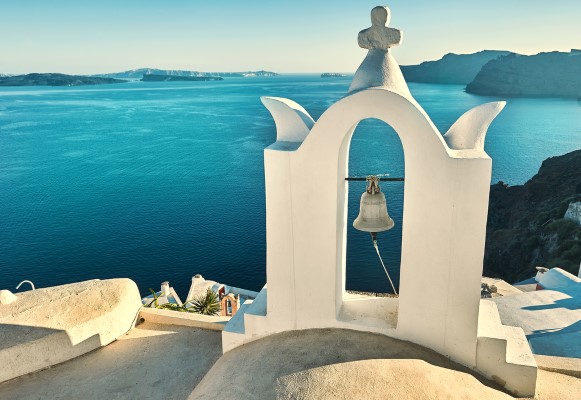 Following the Gregorian calendar, the Assumption is celebrated on August 15 by Greeks throughout the country, and according to Julian – on August 28, a celebration is held in the temple of Panagia (Blessed) Sumela on Mount Vermion in Macedonia. And in different parts of the country, there are traditions of the holiday.

Tinos is considered the center of a revered holiday. A huge number of pilgrims arrive on the island to testify to their deep faith and reverence for the Most Holy Theotokos. The most iconic place is the Church of the Annunciation, which houses the icon "Great Rejoicing", found in 1823. According to legend, the king of Greece in 1836 issued a decree that within eight days from the day of the Assumption on Tinos give praise and reverence to the Mother of God. It is respected today. For more than a week the clergy has been conducting services, and in front of the icon, they are constantly singing psalms.

In August, admirers of the Mother of God rush to the monastery of Panagia Khozoviotissa of the XI century to worship the relics – the icon of the same name. According to one legend, she was found in a boat that was washed ashore. She got there thanks to a certain woman who wanted to save the shrine from the iconoclasts. And on the other hand, the relic was saved by the monks from Palestine, but on the way they encountered robbers. They broke the icon and threw it into the sea. Parts of the shrine were nailed to the rock on the island, and God himself glued the icon into a single whole.

In the mountainous region in northern Greece, they organize the most grandiose celebration of the Assumption of the Virgin. It lasts three days and is held on a grand scale. Services, processions are held, Greeks dance in honor of the Mother of God and perform songs traditional for Epirus. On the third day, the celebrations are closed to visitors – the Assumption of the Virgin is celebrated exclusively by residents. Do not blame me if you are not allowed on a holiday. Such traditions.

But, perhaps, the most unusual is the Assumption of the Blessed Virgin Mary celebrated in western Macedonia, in the village of Microcastro. In the local monastery of Panagia, Mikrokastra is an icon of the XVII century. Believers worship her seated (!) on a horse. This unusual custom appeared during the Ottoman occupation. So the Greeks tried to express their desire for independence and in every possible way demonstrated military prowess and courage. The country has found freedom, and horses still adorn the holiday beloved by the Greeks.