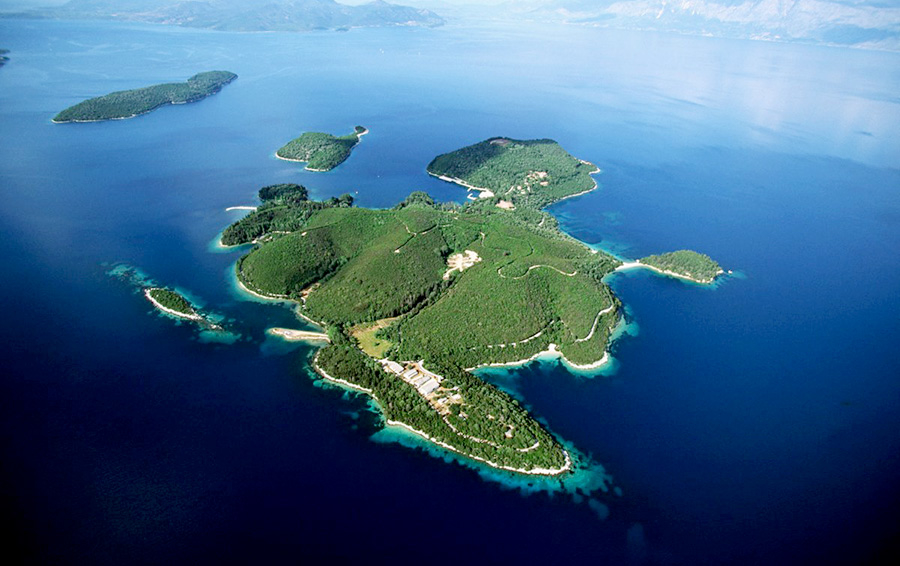 The restructuring of the Greek island of Scorpios was planned long ago, but work has just begun. The new owner plans to invest more than €160 million in the project. The scale of the island is quite modest: the land length is not more than 1000 meters, the area is only 0.878 km2. The highest point rises above sea level by 81 meters. The island is washed by the waters of the Ionian Sea and is located off the west coast of Greece.

As of 2011, the population of the island was 5 people. In addition to 3 residential buildings, there is currently a marina and helipad on Scorpios. After reconstruction, the infrastructure will expand. The annual maintenance of private ownership costs €1.5 million.

The island belongs to the Russian Dmitry Rybolovlev. The investor plans to introduce the latest technology on the island and turn it into an elite resort to receive income from vacationers. First of all, innovative energy systems will be installed on Scorpios.

The resort complex will include a dozen villas, 7 suites, 3 dozen comfortable rooms, a sports complex, a spa zone, a cinema, a huge pool, and a large artificial lake.

Previously, the island in the Ionian Sea was owned by the Greek billionaire Aristotle Onassis. It was here that a celebration was held on the occasion of his marriage to Jacqueline Kennedy. It is here that the family tomb of the Onassis family is located, where the billionaire himself and his children are buried.

After the death of Aristotle Onassis and his children, the island was inherited by his granddaughter named Athena. It was she who acted as a seller of private property.

But formally, Scorpios belongs to one of the trust companies, which represents the interests of Rybolovlev’s daughter. After the start of the divorce proceedings with his wife, a Russian businessman began to draw up most of the documents for his daughter. According to official information, Rybolovlev also acquired the neighboring island of Sparti.

Earlier, he bought one of the mansions that belonged to Donald Trump, as well as a penthouse in central New York. At the time of conclusion, these real estate transactions were among the most expensive in the world.