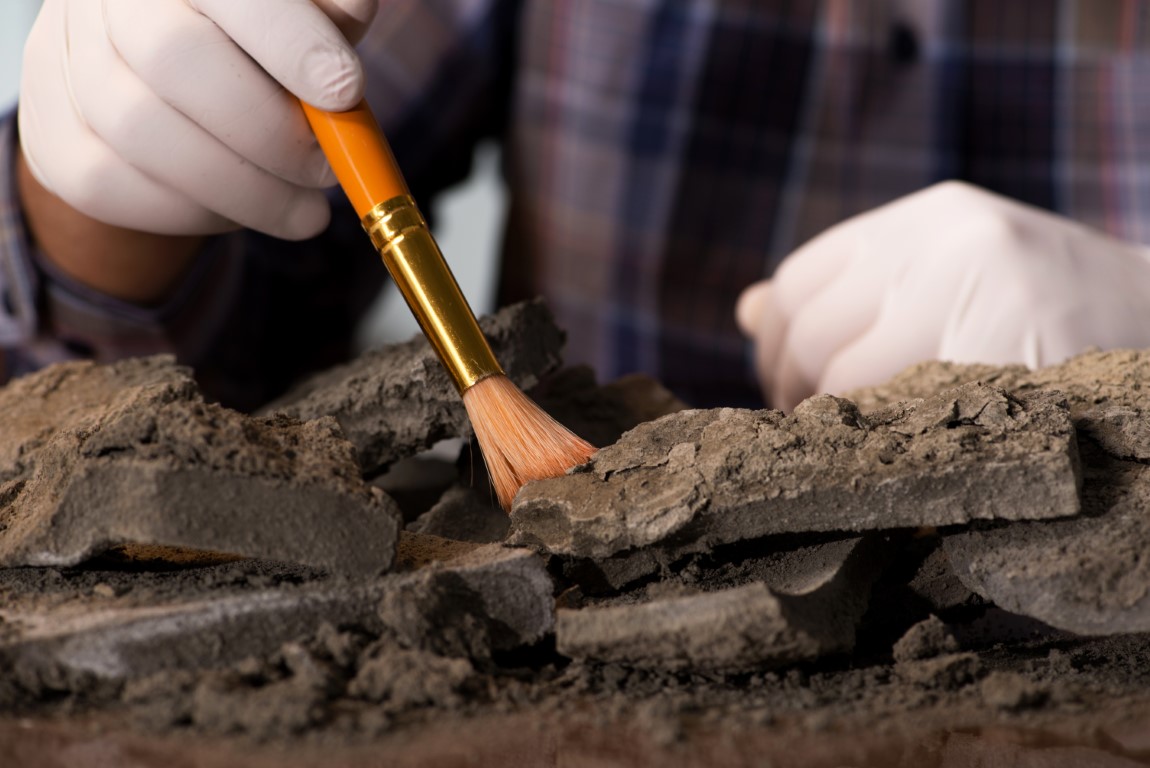 A unique find was discovered by American archaeologists on the Peloponnesian Peninsula. 3 tombs were built in the distant past near the palace of the Mycenaean era, so scientists have suggested that they contain the bodies of monarchs. Surprisingly, the tombs were not looted and completely preserved. According to historians, the find is more than 3,500 years old.

One tomb is larger – its diameter is 12 meters if you take measurements at the floor level. It preserved 4.5 meters of walls, and everything above that is more than 5 meters was destroyed. The walls are made of stone. The second tomb is about ⅓ smaller than the first, and the walls have survived only to level 2 meters.

In the Mycenaean era, the height of the walls of the tombs usually reached 15 meters inland, and at the top was a massive dome. Both tombs are tombs of the “tolos” type – massive underground dome structures that were built in the Mycenaean kingdom. Their height can reach 15 meters.

The tombs have been excavated over the past two years by archaeologists at the American University of Cincinnati, who also discovered a nearby rich burial site, known as the "Tomb of the Gryphon Warrior." She was considered the most sensational find of the decade.

All three graves, along with another tomb found about a decade ago, were built earlier than the vast palace, whose ruins are nearby. It is described as the "palace of the wise king Nestor", the image of which is presented in Homer's Odyssey.

The fate and value of the find

Information on the discovery of the tomb was provided by the Greek Ministry of Culture. It is not yet clear what will be done with the discovered artifacts – whether they will remain on the territory of the country, or whether American archaeologists will have the right to take them with them for research.

According to the Minister of Culture of Greece, the tombs remained intact robbers only because they could not get to their internal contents. And because relic hunters were unable to find the entrance to the tomb. Without the involvement of special equipment, it was quite difficult to penetrate the tombs, because they are littered with earth and rubble due to the collapse of domed roofs. But, alas, the robbers successfully removed all the contents from the Mycenaean grave, which is nearby.

If we take into account that the findings of archaeologists in other graves and tombs of the Mycenaean era were impressive – they managed to find precious metal products, jewelry, bronze jewelry – now researchers have a chance to get even more amazing artifacts.

The Ministry of Culture has already expressed great joy regarding the discovery, as it is expected that the contents of the tombs will help to learn as much as possible about the life of people in the early phases of the Mycenaean civilization of Greece.

The Mycenaean era began in 1650 BC and ended in 1100 BC Over 550 years, there have been many events that have led to the emergence of myths and legends of ancient Greece, including the legendary Trojan War, described in the Iliad and Odyssey.