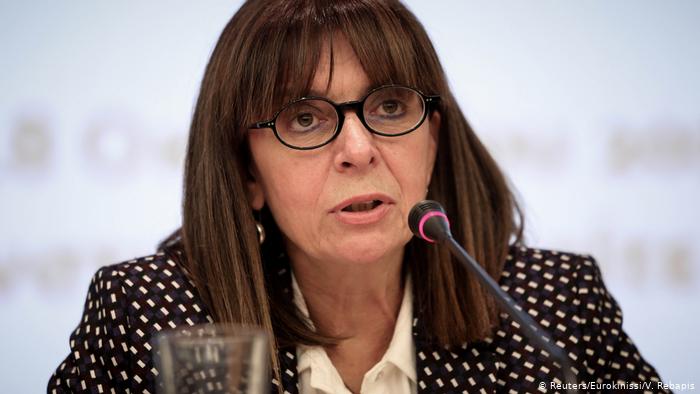 The Hellenic Republic was led by Catherine Sakellaropoulou. She previously held the chair of the Chief Administrative Court. Before this, a female representative had never held the post of president of the country.

How the president is elected in Greece

Following the country's main legislative act, the Constitution (Σύνταγμα της Ελλάδας), adopted in 1975, the president is elected by the parliament. Recommended by the Prime Minister, as well as factions. But the regulation does not contain a clause on open discussion of presidential candidates. The term of work of the head of state is 5 years.

After that, deputies should re-elect the president, who is vested with nominal functions for the most part. For example, the state represents at international meetings of state leaders, but the main power is in the hands of the prime minister.

According to the law, it is impossible to vote against the presidential candidacy, but you can simply abstain. Earlier, the law provided for the dissolution of parliament if the candidate did not gain the required number of votes in 3 rounds. Now, this norm does not apply – you can spend 5 rounds. In the latter, a majority of the votes is enough to win.

Most of the government – 261 deputies cast their votes for Sakellaropoulou. For the victory was enough 200 votes. She was nominated by the head of government and supported not only by the ruling party but also by the opposition. Only communists, representatives of the "Greek movement" and the MERA party spoke out against 25.

The new president will replace the current – Prokopis Pavlopoulos. He will formally resign on March 13. The Prime Minister of the Hellenic Republic, Kyriakos Mitsotakis, personally informed about the results of the vote.

Catherine Sakellaropoulou studied at the University of Athens and in the graduate school of the Sorbonne. In 2018, she headed the State Council, specializing in ecology, and made several reports on environmental issues.

Her work was criticized many times, as her actions often contradicted each other. For example, she opposed government projects in the western part of Greece, because they could harm the environment, but at the same time fully supported the creation of a large-scale landfill in the metropolitan region of Attica.

She also spoke in favor of ex-finance minister Yorgos Papakonstantinu, who was supposed to be sentenced to imprisonment for removing the names of relatives from the Lagarde list, but against the 13th and 14th salaries for employees. And this is not all the scandalous initiatives that received support from the newly elected president.