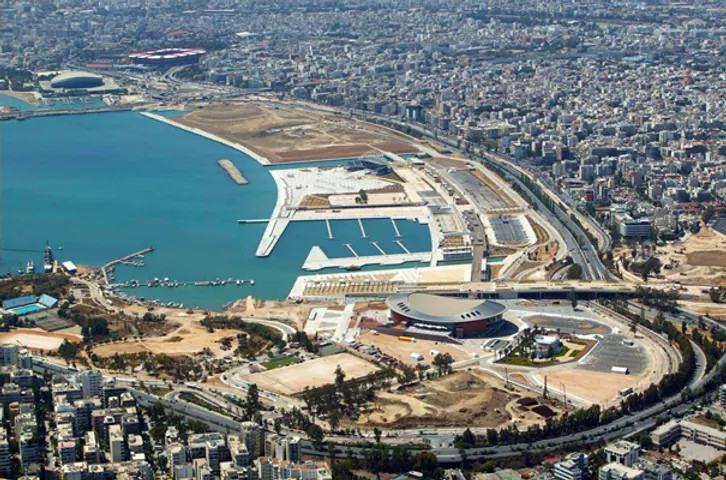 The first stage of the large-scale reconstruction of the Gulf of Faliro was almost completed, so the plan of the next stage of work was presented. Currently, the authorities in the Attica region are in search of financial resources necessary for the implementation of work.

2nd stage of renovation of the bay

According to Greek Reporter , the plan for the second phase of the reconstruction was drawn up by renowned Italian architect Renzo Piano. It spans the coast from the Faliro Delta to the Peace and Friendship Stadium, including the environs of Kallithea and Moschaton.

Work on an ambitious project to reconstruct the Gulf of Faliro or the Athenian Riviera began in 2017. The purpose of the reconstruction is to ensure that all Athenians have easy access to a long coastline that they previously could not fully use.

The second stage of reconstruction will be the largest in terms of public works in Greece in recent years. The project, which will be put up for regional bidding in the next few months, includes some ongoing projects, partially implemented as part of the first phase of the reconstruction of the Gulf of Faliro.

It is expected that the implementation of the projects of the second phase will take 30 months from the moment of signing the contract between the region and the contractor. Extensive changes in the first phase of the project cost Greece €90 million.

There is information that the regional authorities are considering the possibility of applying for a loan at the European Investment Bank (EIB), which is currently financing infrastructure projects at competitive rates.

The second phase of the project involves the creation of three parking lots and a large park with an area of ​​220 acres. It is planned to be built along the coastline between the Peace and Friendship Stadium and the cultural center of the Stavros Niarchos Foundation.

The green zone of 3,500 trees will be fully open and created following the landscape of Attica. A multifunctional coastal park will not be cut off from the city and will unite neighboring municipalities, including Piraeus, Moschato, Kallithea and Paleo Faliro.

Poseidonos Avenue will be moved 90 meters south of its current location. In place of the old avenue, a closed flood pipeline will be built, which will protect neighboring municipalities in case of heavy rains. Work under the second phase will start on February 17, 2020.

Two of the three parking lots will be built underground. They will be located next to two pedestrian crossings, which will allow citizens to easily get to the seashore. At the first stage, the construction of two crossings was almost completed.

It is assumed that the third parking lot with 180 seats will be built instead of an empty parking lot near the Peace and Friendship Stadium. The total capacity of the three parking lots is 980 cars.