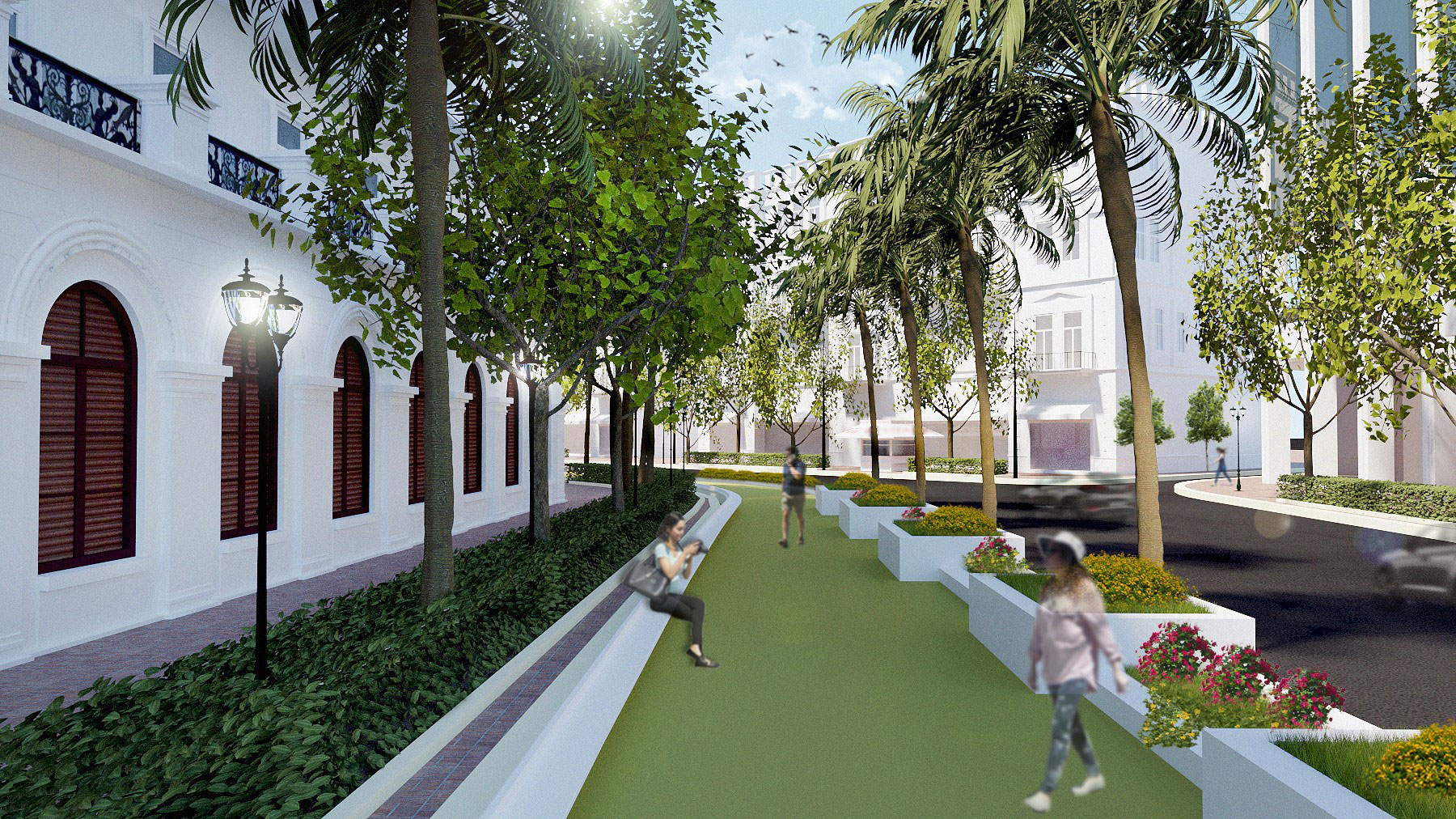 The Great Walking Route or the Great Walk, is the name of a large-scale project that transforms the central part of Athens. Using a 6.8 km of walking routes, it will unite all the historical areas of the Greek capital, the sightseeings and the world-famous archaeological sites of the city.

The list of the planned activities covers the following places.

The Square was firstly delivered - just recently, a presentation of the reconstructed square took place, with a magnificent fountain being the highlight.

On the street Panepistimiou so far there are six traffic lanes. According to the transformation project, three of them are planned to be allocated to the pedestrian zone. Landscaping and decorating the facility is also planned. As a result, on the aforementioned street, apart from the pedestrian zone, there will be a bicycle path, a bus lane and two lanes for cars.

Patision Street (October 28) is also being reconstructed to set a walking route to a significant landmark of the city - the National Archaeological Museum.

It is planned that Zappeion will communicate with the Temple in honor of Olympian Zeus, and street Dionisiou Areopagitou - with the Panathenaic Stadium, as well as with Ardittos Hill. This will save the tram line.

In the very heart of the capital, sidewalks along str. Phillinonon.

The Athens administration's plans also include the reconstruction of another three squares. This will act as a catalyst for improving the areas that are directly adjacent to them.

As part of the plan, a walking route will appear in the city between the Plato Academy and the ancient Keramikos district.
Separate streets, and specifically Herod, Athens-Ermou, Attica, Plaka district (the junction of Monastiraki with Dionisiou Areopagitou and Thisio St.), Mitropoleos will be free from cars, thus there will be streets where only pedestrian circulation is possible. The «Trade Triangle» will also be included here.

As part of the transformation project, the Greek government plans to ban transportation in the historic center of Athens. This will operate for six months. An exception will apply for the permanent residents of the city that move by car, as well as for the provision of necessary services.
It should be noted that this intervention in the appearance of the Greek capital will be the largest since the end of the past decade.