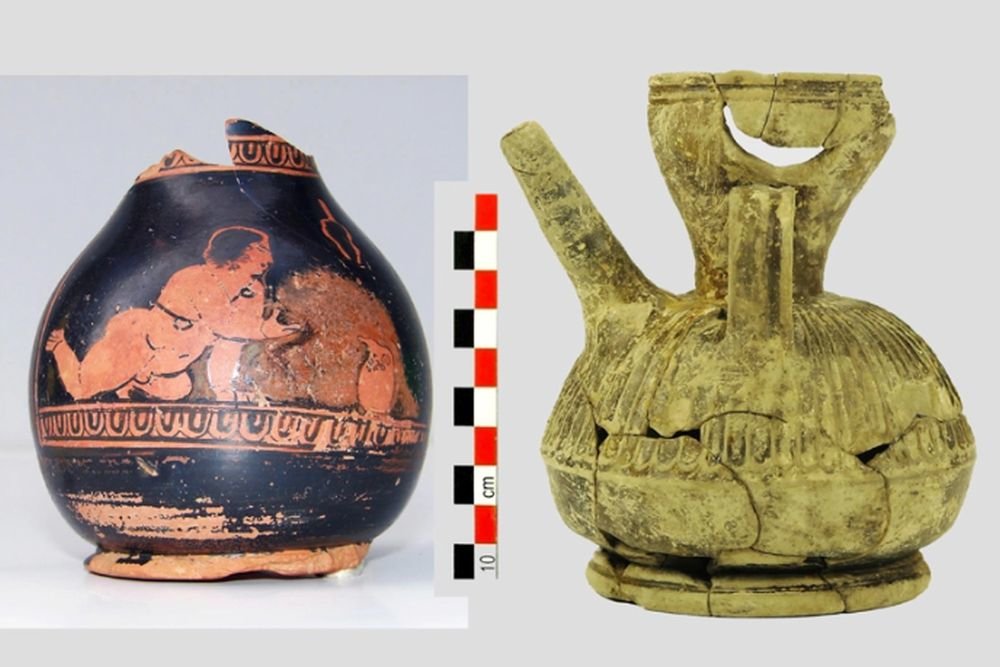 In Greece, archeologists discovered a valuable finding. Remains of an ancient pipe and thousands of other objects were found. It is interesting that all these were discovered not during an archeological mission but during the metro construction.

According to the electronic portal Greek Reporter, the works for the metro construction were conducted in the part that connects Athens and Piraeus. The unexpected discovered “treasure” was proven valuable and the objects of various kinds.

Besides the aqueduct (as the Greeks used to call the hydraulic system), various basement wells and remains of luxurious stone floors were also discovered, which most probably belong to the era of classic Hellenism. In addition, various ceramic vessels were also discovered (various of them have still designs, decoration elements), several sculptures, housewares, including also wooden.

It is mentioned that the objects which were found will be available not only to scientists but also to the wide public. Copies and photographs of the objects will be exhibited. Obviously, it is not possible to include in the exhibit all the findings – there are thousands of them! It is not possible to place them all in one space. The most interesting of them will be exhibited. The installation of the exhibition will be conducted at the metro station of Piraeus. For the time being, the station “Theater Museum” is not operation, since the construction works continue.

According to George Peppas, one of the archeologists who participated in the excavations, the collected archeological material claims to be named as the most important in the history of research. There never have been more important diggings in Piraeus. Who would believe that the metro construction would grant such a base for archeological and historic research!

One of the most valuable objects is considered to be the Ermis statue, made from wood, which was found at the bottom of an ancient well. Unfortunately, the statue was not fully preserved – the head is missing. This, however, is not surprising, since it has been underground for years!

As for the ancient aqueduct, following the finding analysis, the archeologists concluded that the Greeks used it during Roman Emperorship and they abandoned it during the Goth raids. Probably, before these raids, the system was used for water supply in Athens.