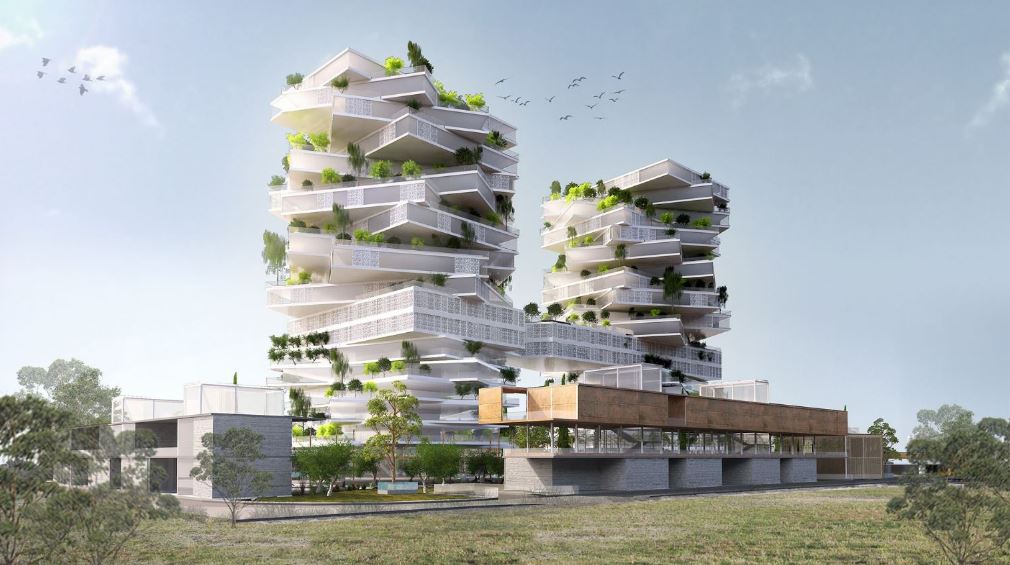 The majestic building is being continued in Cyprus. Within may of the current year, the Evaluation Commission of Environmental Consequences of Projects examined the construction of 17-floor buildings in Larnaca. The materialization cost of the suggested project is estimated at 75 million Euro, which will be funded/covered by a combination of the own capitals of the Development Body, and revenues by the pre-sale works of the housing apartments and offices. The company AVOLO PROPERTIES LTD is planning on granting the settlement to exploitation within 40 months after the initiation of the project execution.

Two towers, connected through a bridge, will be “Town within Town”. This idea was suggested by architects. For the construction ground floor and basement area are being used. The health and aesthetics center shall be in the minus one level. The basement area will be disposed for parking. Parking spaces, of total capacity of 1.169 spots will be created, from which 72 spots will be for people with special needs and 66 parking spots for bicycles. The first three floors are designed to be used as offices, art labs and exhibition spaces. The spaces for stores, café and bars can be rented to one of these floors. On level 7, as a bridge of connection and transaction between the two towers, a restaurant and a pool will be in operation. The apartments will be above. Shortly, 16 Studios, 16 apartments with one bedroom, 16 apartments with 3 bedrooms, 54 apartments with 2 bedrooms and 20 apartments with 4 bedrooms will be ready for sale. According to the plans by the individuals who conducted studies, the extended infrastructure of the settlement will attract even more tourists and residents of the area. Businessmen are already considering buying new properties in Cyprus.

The architectural project was named Salt Lake City. The constructions shall resemble huge crystals of salt. This design is not random, while there is a Salt Lake “Alyki” in the area. Each summer, there is a crystallization of salt there. This lake is a local sight and for this reason the settlement is harmonically inserted in the Cypriot landscape. The tower height will be 75 meters and the total area of the plot will be 29.518 m2.
The property sales on the island are increasing at a rate of 40% yearly. Long-term investments in Cyprus are starting to bring an income within 3-5 years. Citizens of third countries intend to invest in local economy due to the potential of acquiring second citizenship. The purchase of office or apartment in the new complex, the construction of which is initiating in Larnaca, will be a profitable investment for businessmen as well as individuals.