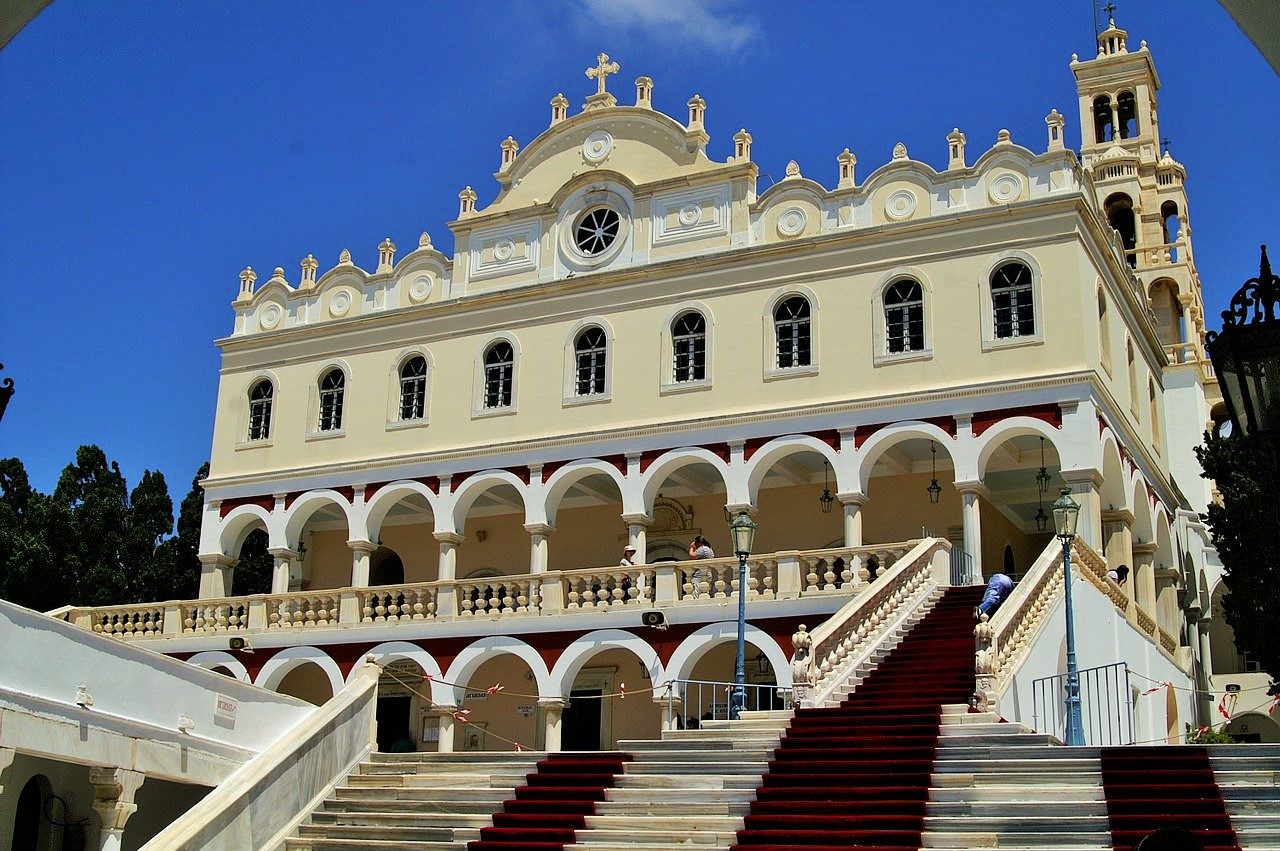 From the 1st of August, all the Cristian Orthodox in Greece are preparing for the great feast – the Assumption of Virgin Mary. Every year is celebrating with great reverence all over the country on August 15th, according to the Gregorian calendar. With the arrival of the Greeks from the former E.C.C.P., this holiday is also widely celebrated on August 28th, according to the old Julian calendar.
The Assumption of the Virgin Mary is very important religious festivity in the country. It is even called ‘’Summer Easter’’ and August is the month of the Virgin Mary.

From the 1st of August, the believers, traditionally, begin the fast that last until the 15th of August – the day that the Mother of God slept. Thousands of Christians come to churches to take part in the procession of the cross, led by miraculous icons. People express their faith this way and ask the Virgin Mary for intercession before the Lord, praying for the salvation of their souls. After all, according to the teachings of the Orthodox Church, the Mother of God, before ascending to heaven, promised to always take care of the world, to become a mediator between people and her Son.

Furthermore, the icon of the Virgin Mary for the Greek people has national importance. It is inextricably linked to the national liberation struggle of this people against the Turkish domination. On March 25, 1821, an uprising broke out which liberated Greece from the yoke of the Ottoman Empire that lasted four centuries.

To express their love to the Mother of God, Greeks gave her various names. Many pilgrims worship their tutelary in temples all across the country, focusing on the Virgin Mary of Tinos, which is depicted in the miraculous icon ‘’Megalochari’’.

The Mother of Jesus Christ is also honored with respect in other parts of Greece: on mount Vermio, in the monastery of Virgin Mary in Mikrokastro, in the villages of Vitsa and Tsepelov, the islands of Amorgos, Lesvos etc. Furthermore, each village has his own customs as nationals dances, traditional musical instruments, people go to the temple by boats and on they return they compete who will be the first to reach the shore.

The church on the island of Kefalonia is also word famous. Here, on the fest of Assumption of the Virgin Mary, every year many snakes appear, which flood the sanctuary. Their number increasing every year. According to legend, in ancient times this place was an old monastery of the Virgin Mary. During the pirates attack, the nuns asked from the Mother of God to turn them into animals, so that they would not end up in the hands of the criminals.