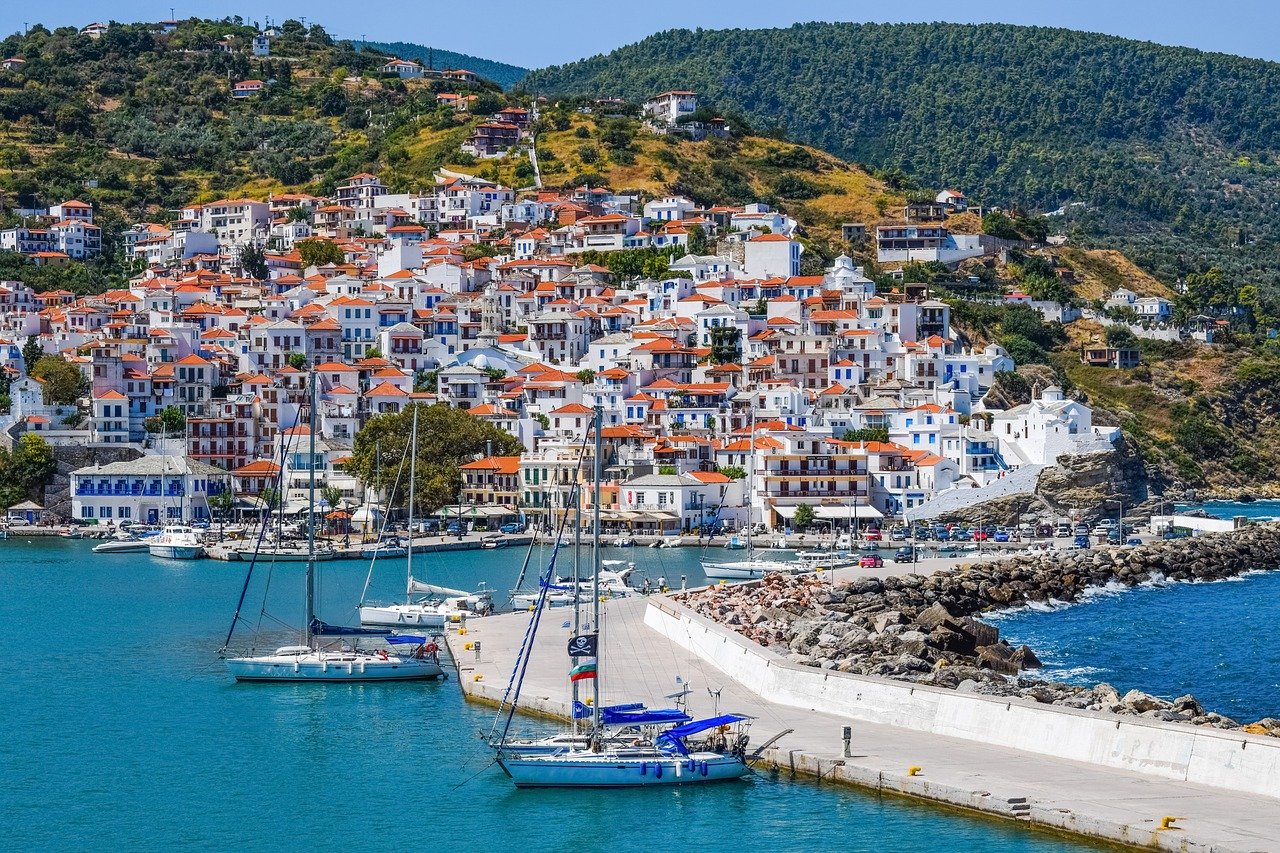 The American magazine Travel + Leisure presented a list with 30 “mysterious islands” and Skopelos occupied the 6th spot in it. This is an evaluation with validity from the top travelling publication, which includes literally graphic islands.

What is memorable about Skopelos

The island was used for the production of the “Mamma Mia” Musical. The place attracts tourists with a majestic physical landscape, a large number of old byzantine temples, graphic taverns with blue roofs. Here you may spend a lovely time, enjoying calmness and solitude. Skopelos is popular not only for its special romantic atmosphere, but also for the fact that in its coasts the ship “Christophoros” has sunk. This is a relatively modern ship which is well preserved and attracts divers in these places.

Skopelos is popular not only for ancient monuments, graphic natural places and beautiful taverns with rich cuisine. There are extraordinary beaches, two of them are the most popular: Stafylos and Velona. Approximately 80% of the island is covered with forests.

Most tourist areas in Greece today are noisy places with too many tourists. This deprives the historic areas from this special atmosphere which attracts romantic visitors. Skopelos is a rare exception to the rule. Despite the fact that it is popular to European Tourists, the island has preserved the calmness and quite of the country.

A corner of Heaven in Aegean

Skopelos is a part of the archipelago of North Sporades. It is located in the northwest part of Aegean, east of the continental part of Greece. A special atmosphere in the island is created by local fishermen and farmers. The local restaurants are distinguished for their national character. In the taverns you may order dishes prepared according to traditional recipes from vegetables cultivated in the island. The fish in the menu is also local. Many of the dishes presented in Skopelos taverns can not be found in central Greece.

The natural resources of the island are impressive due to the virginity of their beauty. The tourist industry seems to not have affected these areas. However, tourists do no feel the lack of service. It is not difficult to arrive here- there is a coaster connection. In order to move fast within Skopelos, you will have to use the local taxi service. Trips with boats around the whole island are also available for an unforgettable experience. If we summarize all the advantages of Skopelos, it becomes clear that it has not been included by accident in the list of “Mysterious islands”.