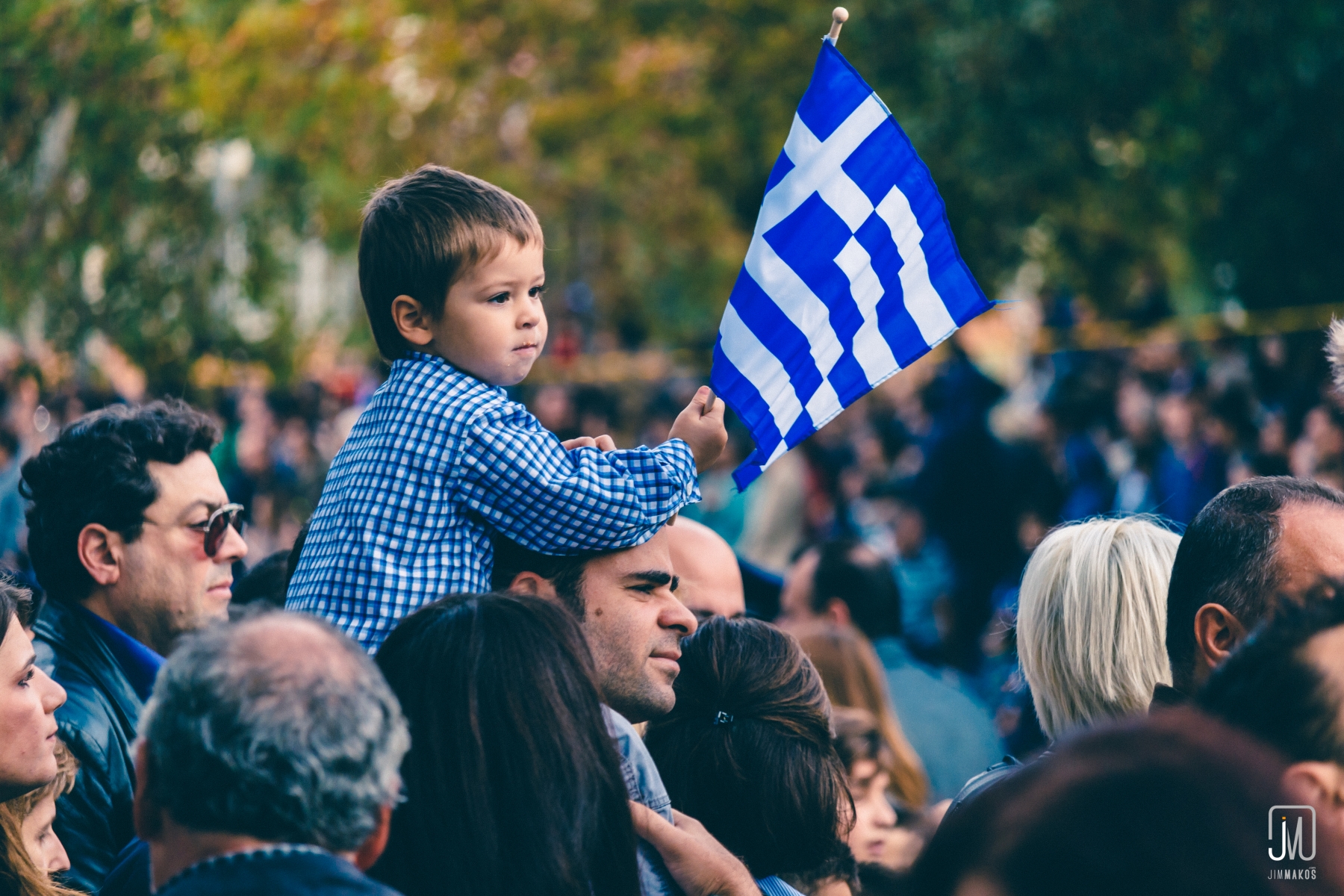 Greece has several glamorous and exciting national holidays, but the most prestigious is the Anniversary of “OXI” which is celebrated on 28th of October.
The holiday has its own history – on 28th of October 1940, Greece rejected the proposal of Mousolini for the support of the fascist regime.
Therefore, the residents of the small state expressed their political position, refused to support the dictator to a doubtful peace, and the country was officially declared into war.

The dispute with Italian troops lasted almost seven months. The turn point of the military campaign was noted during the spring of 1941, when Mousolini received back-up from Germany. As a result Greece was occupied by the Nazis for three years. But the seven-month resistance of the country’s residents against Italians and Germans fascists may not be overlooked. Due to this, the hostile forces were spread in Balkans, and that changed the route of Second World War, and more specifically threatened the implication of the famous Barbarossa scheme.

Today, Greeks do not think much of how their opposition affected global history. But they remember with graciousness the defendants of the country, and especially soldiers of 8th division of Ioannina, who were the first ones to confront the hostile forces. To honor them, every year on 28th of October, Greeks close the schools, shops, clubs and libraries, in order to go out in the streets of their cities and participate to massive marches. The parade is the necessary characteristic of this national holiday.Another important element for “OXI” is the massive celebrations in parks and squares, where dances and sports take place in open spaces and green grass-lands become coffee-shops.

This day, on 28th of October, not only they celebrate an important fact for the country, but they also remember all those who fought for Greece’s independence during the Second World War. In all Greek churches, even outside of Greece, there are memorials and thanksgivings – people bless Christ who gave them victory against fascism. Despite the fact that there are no witnesses of the facts that took place 80 years ago, residents of Greece remember how important it is to say “No” to all those who infringe our country’s independence, or any individual’s independence.

This year, all festivities in Greece will be limited due to the pandemic, but this does not mean that Greeks do not remember their history. The 28th of October remains a holiday in all the country.

The government official Stelios Petsas announced that this year’s parade on 28th of October will not be materialized due to corona-virus. As explained by Mr. Petsas, this is a decision by the Prime-Minister. It was expected, since the pandemic has escalated and the social distance measures are not followed.