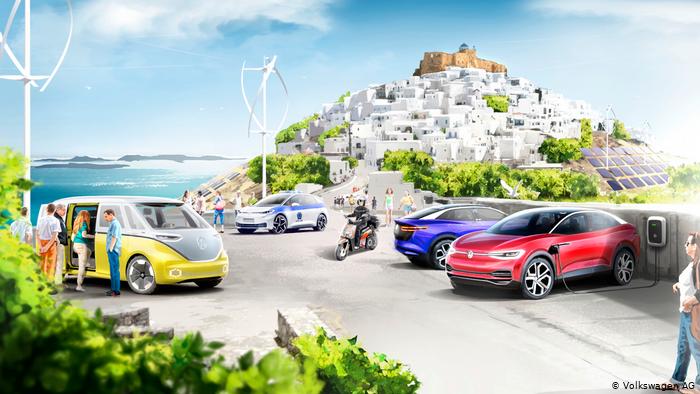 Greece and a car manufacturer from Germany have co-operated in importing eco-tourism in the country. The plan is to establish electric vehicles in Astypalaia island.

Astypalaia- the island of the future

Despite the utopic sense of such a statement, Greek authorities have already developed a very specific plan. The island of Astypalaia has been selected as the place for importing eco-friendly technologies and the German car company Volkswagen is responsible for the technical part of the plan. The related contract was signed on 4th of November.

Greek prime Minister Kyriakos Mitsotakis mentioned that “the plan is ambitious”, while the Greek Deputy Minister of External affairs, Konstantinos Fragkogiannis, said that the government is looking to “improve the daily life of the island residents” in this way.

The CEO of Volkswagen Herbert Dees underlined that the project is unique and within a few years we will see the future through the example of Astypalaia island.

The island has around 1300 residents and approximately the same number of individuals are driving cars with engines of internal combustion. As it seems, cars will be replaced by 1.000 electric vehicles Volkswagen ID.3. As designed by Herbert Dees, this model will be the new “popular electric car” along with ID.4 SUV.

The Volkswagen AG holding is examining granting to the island residents the opportunity to purchase cars with a discount. The first stage of the project will cost approximately 3 million euro, while over time the investment will increase to 10 million. The money will also be available for construction of charging infrastructure throughout the island.

At the same time, the Greek authorities are planning on giving grants of 12 thousand euro for the purchase of electric vehicles. In addition, the state investments will amount to approximately 10 million.

Electric vehicles for everyone

The electric vehicles will be used not only by residents, but for car rentals in the island. More specifically, renting of electric scooters and electric skates is being scheduled by the SEAT company (subsidiary of Volkswagen). Eco-friendly cars will be used over time by police officers and sanitary employees.

Astypalaia island will be a field of experiments not only for Volkswagen, but also for Greece. The company will benefit from the advertising and the Greek government will declare that Greece is a pioneer in eco-tourism.