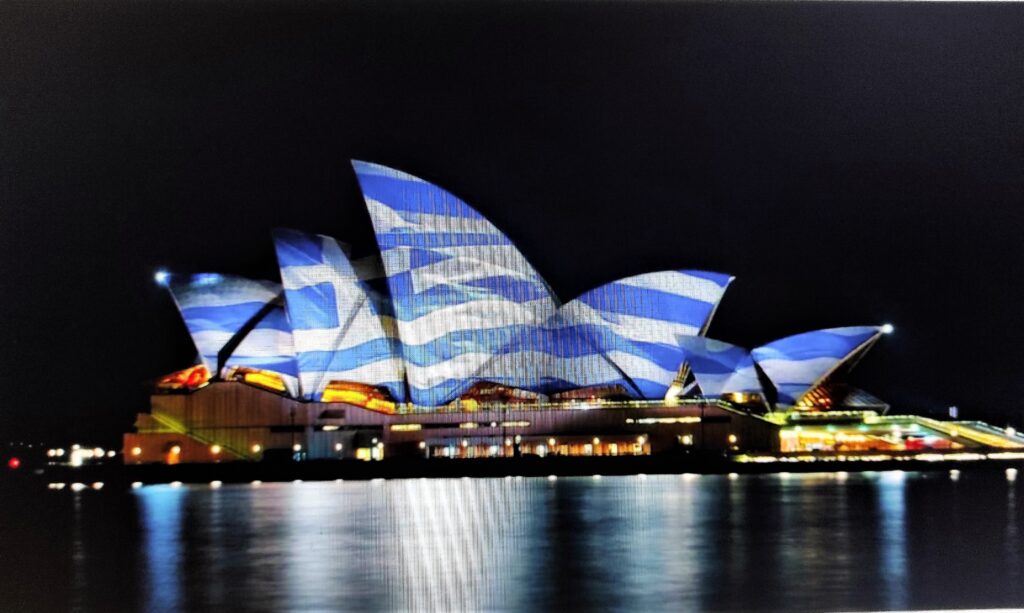 We are proud that we co-celebrate with Hellenism this historic anniversary, says the Prime-Minister of N. Whales, while the Labor Party had supported the request of the Greek Orthodox Community of NSW.

The famous Sydney Opera House will be lighted with the colors of the Greek flag in order to honor the anniversary of 200 from the start of the Greek Revolution in 1821.

The relevant announcement was made by the Prime Minister of New South Whales county.

Earlier, the labor party of New South Whales had supported the request by the Greek Orthodox Community of NSW to light the Sydney Opera House with the white-blue colors of the Greek flag in order to honor the anniversary of 200 from the start of the Greek Revolution in 1821.

“200 years from the start of the revolution towards Greek Independence is a significant anniversary and the request to light the Opera House in the Greek flag colors shall not be ignored” said the leader of Labor Party and McKay added:
“Australia hosts one of the largest Greek communities of the world and Greeks of South New Whales are an undetachable and precious part of our multicultural community”.