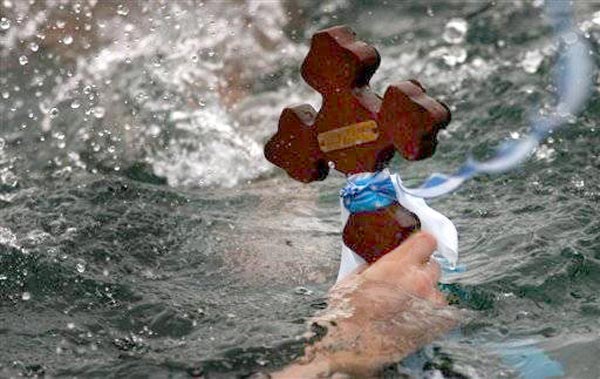 The main Christian holiday - the Baptism of the Lord - is celebrated in Greece on January 6. This holiday is considered the end of the twelve-day period of Christmas, which begins on December 25. Traditionally, the celebration begins the day before, January 5, with vespers in temples and churches. After the service is over, the priest with the cross walks around the parish houses sprinkling the houses with holy water.

In Greece Theofania is a holiday. It is also the last winter holiday that the children sing carols and get pocket money in exchange.

In Greek temples and churches today, special services are performed, after which priests and parishioners go to bodies of water - here they perform the rite of sanctification of water, immersing the cross in water. The ceremony attracts a huge number of people and there are almost always daredevils jumping into the icy water after the cross - it is believed that those who manage to reach the Cross first, will get the blessing of the Lord and good luck for the whole next year. .

The courtyards of churches and temples on January 6 are always full - people come for sanctification. However, if you can not be in this ceremony during this holiday, you can get water from any body of water – since they will also carry healing powers. It is believed that on the day of the Baptism of the Lord, all the waters of the world - lakes and streams, rivers and seas - are sanctified. The water of  Theofania is suitable not only for drinking: the wounds are washed with it, their houses are sanctified, with the aim of peace and prosperity of the house in the future.

The main sanctification ceremony in the country takes place in the city of Piraeus. Priests along the harbor walk to the pier and carry the main cross, sacred icons - the whole procession is accompanied by sailors and an orchestra. They are already waiting at the dock: warships line up in a semicircle and hum as the cross sinks in the water. Attracting ships on vacation is a long tradition in Greece: it is believed that the sanctification of sea waters blesses waterways.

The ceremonies are not only held in the port of the capital of Piraeus, but also in other main ports of the country. Cities like Volos, Patra and others, on all the islands and in the Thermaic Gulf, located in Thessaloniki.