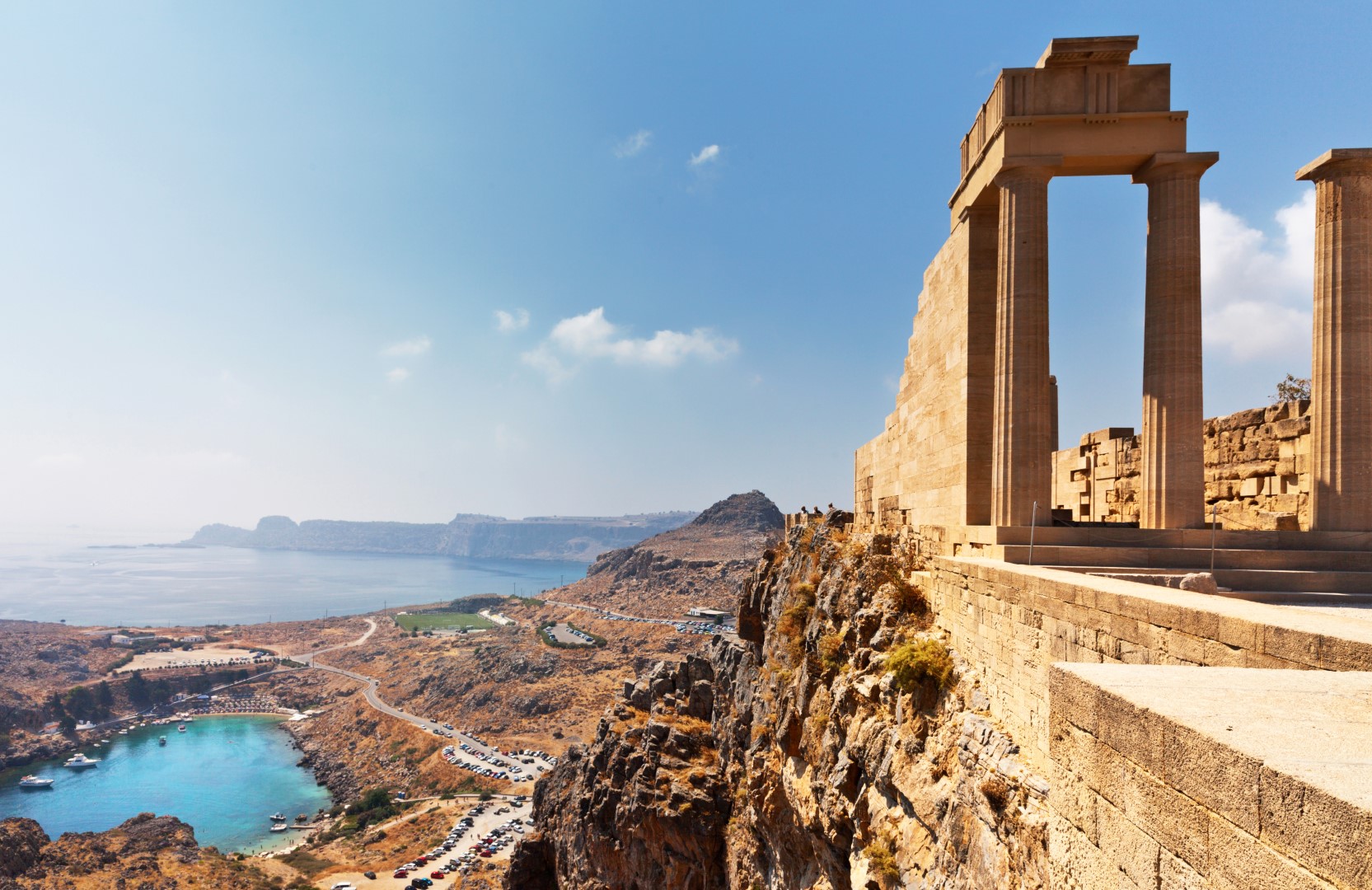 Greece, according to the European Commission, is firmly in the first gear - not alone, but as a permanent member of a group of countries that excels in the field of performance of the Recovery and Sustainability Fund. The group, outside Greece, includes on a regular basis France, Spain, Italy and gives the tone for any developments.

The answer to where we are, in the field of the performance of the Recovery Fund, comes from a post of the Deputy Minister of Finance, Theodoros Skylakakis, on social media (the post is accompanied by an image depicting the performance of the member states of the European Union. The positive preliminary evaluation of the Commission is entering the final stage for the disbursement, in April, of the first tranche of "Greece 2.0", amounting to 3.6 billion euros. "We submitted our plan second, received approval first , and we were also first to submit  a request for payment, which is proceeding successfully. We continue our work, reduce bureaucracy and accelerate the pace of implementation of the Greek program, in terms of transparency."

Based on the data, the National Plan for Recovery and Sustainability "Greece 2.0" is in full swing, with the inclusion of projects constantly increasing. It is recalled that 48 projects, amounting to 2.76 billion euros, have already been included and announced in two time phases. The first 12 (1.42 billion euros) in July 2021 and the remaining 36 projects (1.34 billion euros) in October 2021.

With the third package (January 2022) the total budget of the 103 projects that will be implemented through the Recovery Fund exceeds 6 billion euros. At the same time, the Project Maturation Unit is "running", which operates as an autonomous business unit within the HRDH, utilizing the know-how and the experienced potential of the Fund.

Recently, the contracts of the Ministry of Justice for the relocation of the Court of First Instance and the Athens Prosecutor's Office were signed, as well as those of the Ministry of Development & Investment for the New Industrial Parks. Following are others, among which is the work of prevention for Forests, budget 50 million euros, which will "run" under the responsibility of Deputy Minister of Environment George Amyras in the spring.

At the same time, reforms are underway, such as the one for the improvement of the Greek Justice, accompanied by projects and investments of over 250 million euros - investments in people and training, infrastructure and buildings, as well as in information systems. Investments are underway, such as the installation of at least 36,000 interactive learning systems (including whiteboards, laptops, interactive projectors) for primary and secondary school classrooms. The investment has a budget of 148 million euros.

100,000 applications for the program “Home Savings”

The Home Savings program(Εξοικονομώ κατ’ οίκον) (with a budget of over € 1 billion) will be a big surprise. Applications may exceed 100,000, while investments after leverage will reach and exceed 2 billion euros. The money that will be given - hence the contribution of the program to the economy - will be seen and recorded within the 3rd quarter of 2022.

The resources of the Recovery and Resilience Fund are activated by the government in order for the new investment plans that will be included in it, to act as a counterweight to the shock that the economy is receiving from the energy crisis and the war.
As it is pointed out, the Fund is expected to make a decisive contribution to the strengthening of the domestic economy, while the ultimate goal is the reconstruction and transformation of the economy, mainly through the pillars of the green transition and digital transformation, the strengthening of the country's growth potential and the foundation a competitive economy with more extroversion.

1 What are the available resources?

Through the Recovery Fund, Greece has access to € 31 billion in resources, which will be channeled in the form of grants and loans and which are aimed at implementing public and private investments. In particular, grants represent 60% of resources and amount to € 18.4 billion, while loans account for 40% and amount to € 12.7 billion.
The timetable for the completion of the actions presupposes the completion of the legal commitments by 31/12/2023 (grant component), as well as the obligation to disburse all the resources by 31/12/2026.

2 How can the resources of the Recovery and Resilience Fund (RDA) be utilized?

Utilizing the resources of the National Recovery and Sustainability Plan can be done through 3 axes:
- Grants: The total resources of the grants amount to € 18.4 billion and are expected to be channeled to the domestic economy in order to implement public and private investments that will meet specific criteria from the four main pillars of the program: 1) the green transition, 2 digital transition, 3) employment, skills and social cohesion, and 4) private investment and the transformation of the economy.
- Loans: The provision of loans amounting to € 12.7 billion will be fully supported by banks in order to implement investments that will meet specific criteria, according to the five directions of the program: 1) the green transition, 2) the digital transition, 3) research and innovation, 4) extroversion and 5) mergers and acquisitions.
- Participation in the implementation of projects: The company can utilize the resources of TAA by participating as a) contractor, b) subcontractor and c) supplier in public and private projects.

3 How will TAA resources be channeled through grants?

In the area of grants (€ 18.4 billion), TAA resources will be channeled as follows:
- The green transition (€ 6.2 billion) through the adoption of environmentally friendly models and systems, the promotion of green transport systems and the energy upgrading of buildings.
- In the digital transformation (€ 2.2 billion) through the adoption of innovative digital systems at the level of business operation, the promotion of connectivity for citizens, businesses and the state and, finally, through the digital transformation of public and private sector.
- Employment and social cohesion (€ 5.2 billion) through the modernization of vocational training, the improvement of the health system and the strengthening of access to social policies.

- Private investment and transformation (€ 4.8 billion) through the strengthening of competitiveness and business extroversion, as well as through the improvement of the tax administration and the Justice system. 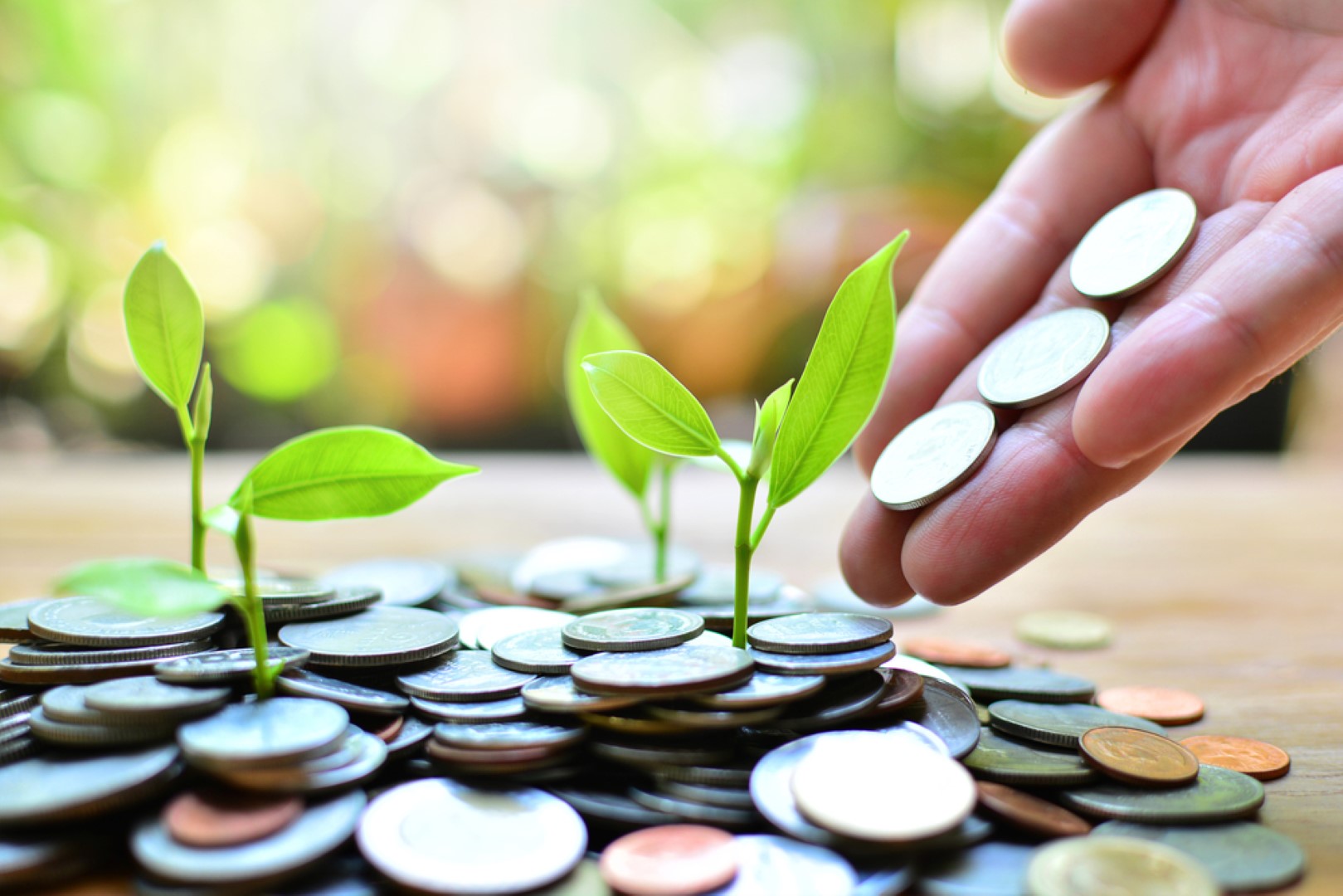 4 How will TAA resources be channeled through loans?

In the loans sector (€ 12.7 billion), TAA resources will be channeled:
- The green transition (€ 4.9 billion) and the digital transformation (€ 2.6 billion) as will happen in the field of subsidies respectively.
- In research and innovation (€ 1.3 billion) through the strengthening of research and innovation but also through the promotion of pioneering and innovative infrastructures.
- In extroversion (€ 3.2 billion) by strengthening the extroversion of companies towards the local and international economy.
- In mergers and acquisitions (€ 0.7 billion) through the creation of economies of scale but also the promotion of mergers and acquisitions.

5 Should the utilization of TAA resources be in line with state aid rules?
The utilization of TAA resources should be in line with the state aid rules set by the European Union. At the beginning of the evaluation process, the compatibility with the state aid is examined and in particular the respective investment is evaluated based on TAA invitations, while at the same time the compatibility status of the aid and the eligibility of the costs on the investment cost are examined. The amount of aid is then determined, based on a selected article of the General Exemption Regulation (GAC), where the amount limit is examined. If it concerns a specific type of investment, it is examined on the basis of a specific article of the GAC or on the basis of a regional aid map (Article 14 - GAC). For minor amounts, the aid is determined through a settlement (maximum amount € 200,000 per company for a period of three years).
Finally, with regard to the examination of the notification threshold, the benefit (magnitude to aid intensity) should be in line with the notification thresholds, and if it exceeds the notification thresholds, the benefit is adjusted or the relevant notification notified to the EU.
6 Are there any subsidies for the private sector?
Yes, there are private sector subsidies, which are expected to be published gradually by the end of 2022. The Subsidies calls include sectors that cover a significant part of the Greek economy, while the green transition and the digital transformation are directly or indirectly linked to a large part of these grants. Indicatively, let's mention some related actions· "Saving by Entrepreneurship", digital transformation of small and medium enterprises, reform of the Clawback system, childcare facilities in workplaces, installation of energy storage systems, creation of green industry, infrastructure for water supply and saving, tourism development, reform of active employment policies, transformation in the agricultural sector, etc. The aid rate varies depending on the type of action and may in some cases cover 100% of the cost. Due to the scope covered by the TAA pillars, companies eligible for these grants may come from different sectors, depending on the type of grant in question. 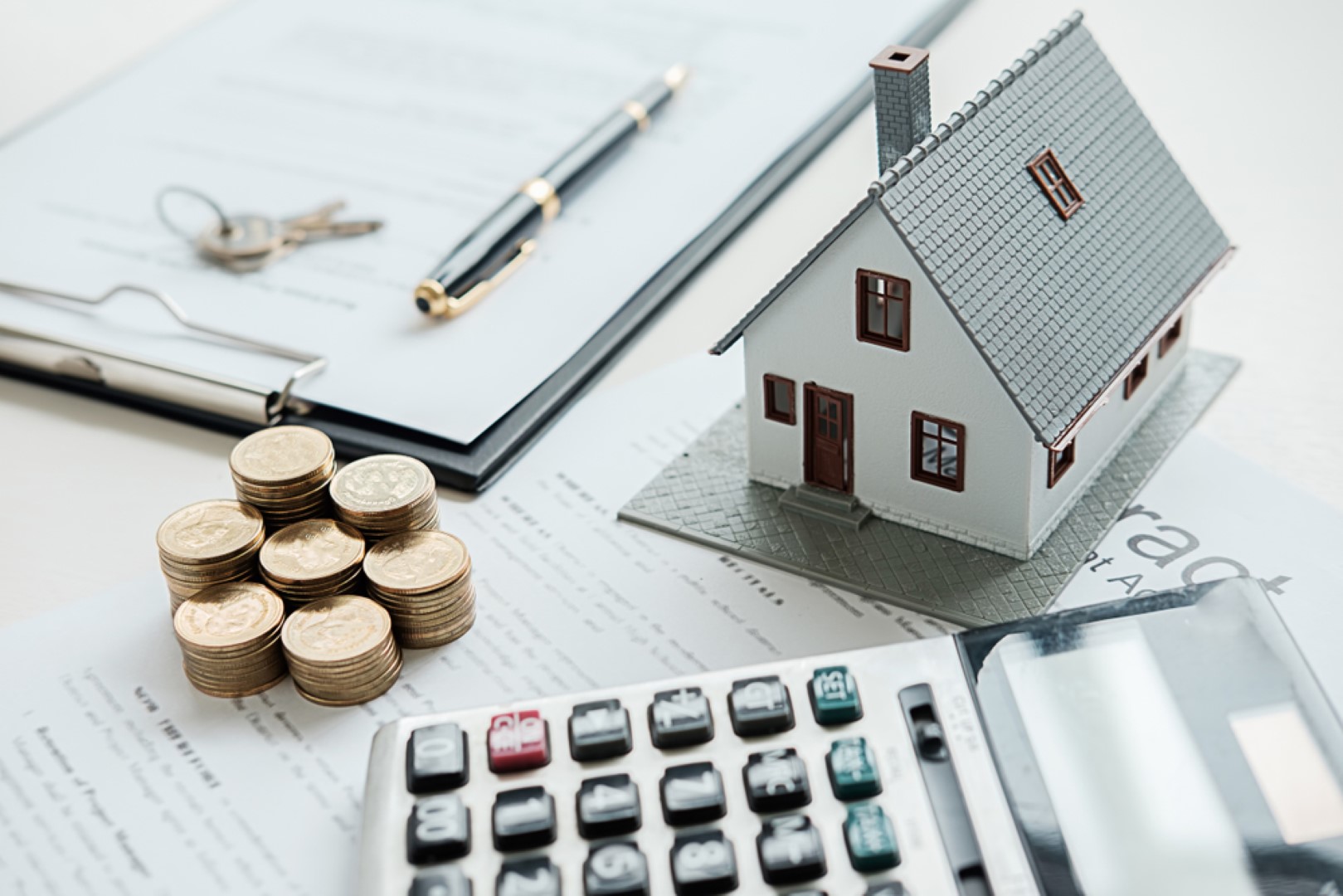 7 What is an indicative financing scheme of TAA loans?
The entire loan application process will be fully supported by the banking institutions, without the involvement of the State. The business plans of the companies can be implemented according to the financial scheme defined by the European Union, according to which the maximum percentage of aid that a company can receive from the Fund is 50%. The aid rate will be determined by the type and direction of eligible costs based on the criteria per pillar. Accordingly, at least 30% of the respective investment plan should be financed by a commercial loan of a banking institution, while at least 20% of the plan should be financed by own funds, including any in-kind contributions up to 10% of the investment plan budget.
8 What are the critical points for getting a TAA loan?
There are a total of ten crucial points that businesses need to consider when applying for a TAA loan:
- The whole process "runs" through the banks without the involvement of the State (apart from the evaluation of specific points by an independent auditor of the Fund).
- The minimum interest rate on TAA loans is set at 0.35%.
- The parri passu principle is applied for the loans between the bank and the State in terms of repayments, collateral and losses.
- The duration of the loan will not be less than three (3) years and longer than fifteen (15) years, depending on the nature of the investment.
- The evaluation of the investment plan will be carried out within a reasonable period and in any case will not exceed four months.
- The aid must be compatible with the rules and limits of the state aid.
- The possibility of refinancing the amount of existing loans through the TAA is not foreseen (except in cases of bridge financing for TAA loans).
9 What are the indicative investments in the acquisition and merger pillar?
Investment plans in the direction of acquisitions and mergers should aim at developing economies of scale. Indicative investments in the acquisition and merger pillar are the merger or acquisition of a company for verticalization of activity and creation of economies of scale. Respectively eligible cost is the cost arising from the merger or acquisition of a business.
About the form of cooperation for:
Existing and new businesses:
- Commitment of the investor to participate in the new or existing collaborative planning for the next five (5) years.
- 20% of the eligible costs of the HS relate to costs under the cooperation agreement.
New person turnover> 50% turnover of the largest legal entity among the participants (average 3 historical years).
Source: in.gr