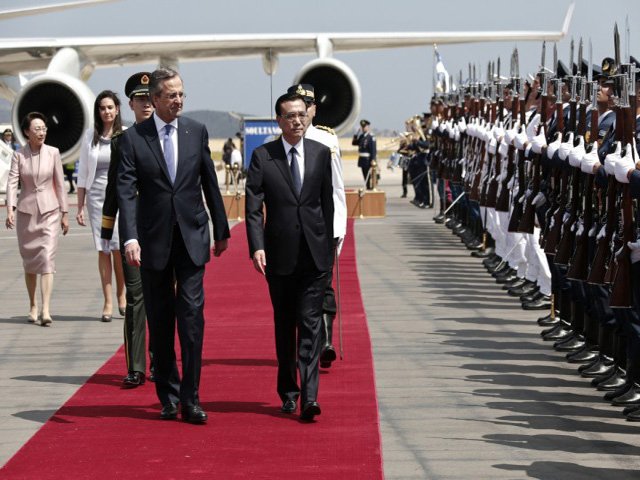 In the wake of a successful visit to Greece last month by Chinese Premier Li Keqiang, the country’s President Xi Jinping is due to arrive on the southern Aegean island of Rhodes on Sunday in what is regarded as a highly symbolic trip.

Greek President Karolos Papoulias is scheduled to welcome Xi to the island on Sunday afternoon before hosting a dinner for the Chinese leader and accompanying him on a tour of the main port’s old town. Xi is to leave Rhodes on Sunday evening and will fly to Brazil before returning to Beijing, sources said.

During their time on Rhodes, the two leaders are expected to reiterate their intention to tighten bilateral ties. In a letter sent to Papoulias in early June, Xi described Greece as a “strategic partner.”

Xi’s trip to Rhodes is widely seen as a message to Chinese citizens to visit Greece, which is expecting record tourist arrivals this year.

Tourism is one of several sectors, including shipping, tourism, trade and infrastructure, in which Greek and Chinese officials pledged to intensify bilateral cooperation during Li’s visit last month. The Chinese premier conveyed Beijing’s interest in investing in Greece’s railway network in order to accelerate the transport of goods to Europe, noting that the use of Piraeus – where Chinese firm Cosco already has a strong presence – has reduced the time it takes to transport Chinese goods to the European Union.