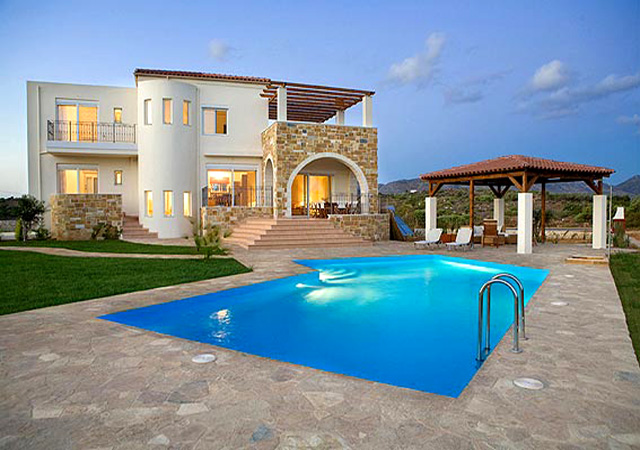 The real estate market in Greece recorded a sharp jump in prices. Local dealers say that in this segment the Greek real estate has got over crisis.

Thus, according to them, the cost of real estate in Greece has reached new heights. "The price of holiday homes in some cases is up to € 13 thousand per sq. m ", - said the managing agent of Engels and Volkers in Rhodes George Petras, in German newspaper die Welt. Specialist no longer sees in Greece crisis on the real estate market. According to him, while prices declined by 15-20% since 2007, now looking for big discounts is totally useless.

Meanwhile, the growth in demand and prices recorded only on the coast of the country. In towns and villages inland, situation is quite different. Even in Athens real estate market is still in a deep recession. Real estate prices in Athens and Thessaloniki has fallen by 45% since 2007, the data show the Bank of Greece.

And, for example, on Rhodes, according to Petras, the demand for the most popular real estate grew by 30% in comparison with 2013 year. This was mainly due to international buyers at the luxury real estate market, which did not touch the strict rules for the granting of loans by Greek banks. Topping the list of buyers of the British, Germans, Dutch, Austrians and Swiss. The market also invites new customers - from the Middle East - Libya, Egypt or Syria.