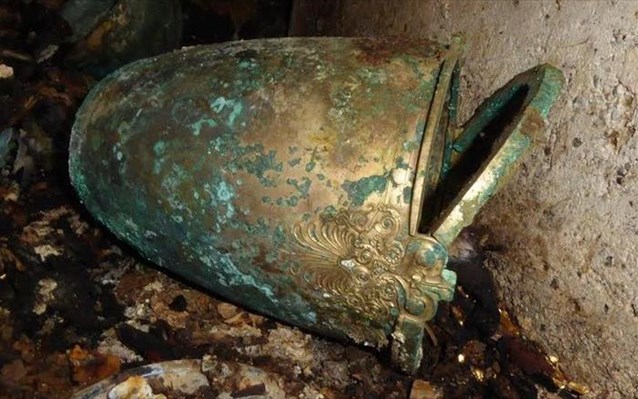 The archaeologist in charge of the excavation at Aigai, Aggeliki Kottaridi, reported the discovery with a message on her Facebook page. She said that the box-shaped Macedonian tomb had not been looted.This is a pleasant exception since the Aigai necropolis was brutally looted by Gallic mercenaries of Pyrrhus in 276 BC and we rarely have the chance to find undisturbed burials,” she said.

An ancient tomb along with burial offerings, allegedly belonging to a man who died around the time of Alexander the Great, has been unearthed at the ancient city of Aigai, in northern Greece.

Kottaridi also posted two images from the tomb, one of them depicting a decorated vessel used to mix wine and water at the symposia.