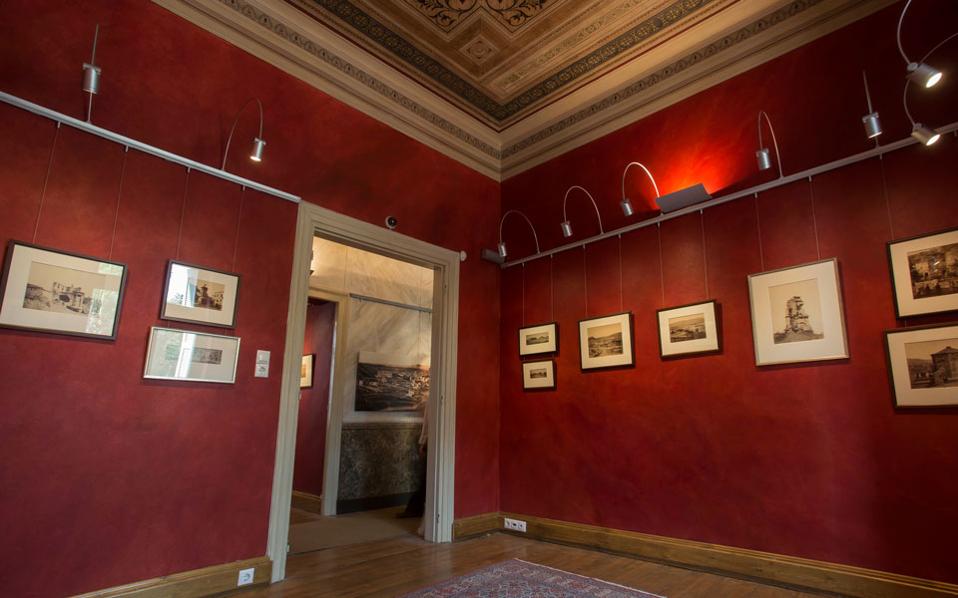 The new annex of the Herakleidon Art Museum opened a few weeks ago just meters away from the flagship venue at 16 Irakleidon, thanks to Pavlos and Belinda Fyrou, Greek-American art collectors and the founders of the new museum.

“We waited seven years to get the license to renovate the building,” Fyros told me as we approached the entrance of the venue which officially opened on October 17 with a photography exhibition titled “Metamorphoses of Athens: A Photographic Itinerary 1839-1950,” which shows the transformation of the Greek capital through material from the archive of historian and photography collector Haris Yiakoumis. Other than the exhibition that is currently on display at the annex, it’s also worth visiting the building to admire the interior of the neoclassical mansion and especially its ornate ceilings, which have been fully restored.

“Metamorphoses of Athens: A Photographic Itinerary 1839-1950” will be on display at the new annex through the end of January. The exhibition consists of more than 100 original photographs, some of which date to the beginnings of photography. The journey through the transformations that Athens has undergone is complemented by large-scale aerial shots of the Greek capital, as well as a display of old cameras and stereoscopes, two of which date to the turn of the 20th century.