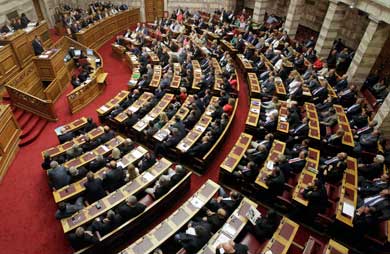 The Greek economy expanded for the first time in six years, according to data released Friday, which showed the country's recession ravaged economy grew an annual 1.7% in the third quarter of the year.

In a statement, the Hellenic Statistical Authority, or Elstat, also said it revised its estimate for second-quarter gross domestic product growth to 0.4% from a decline of 0.3% after adopting a new methodology. It also said the recession in the first three months of the year was milder than first thought, revising the GDP contraction to 0.4% from 1.1%.