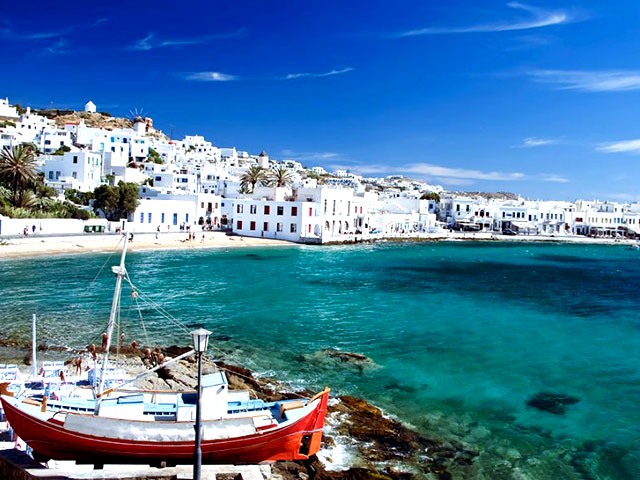 The Greek island of Mykonos is included among the world’s most popular holiday destinations for 2015, according to a list compiled by one of the global travel search engine based on an analysis of searches on its site.

Mykonos is among the top destinations for 2015 as celebrities have helped put the Greek island firmly on the map for fashionable travelers looking to relax in luxury.

Mykonos’ party scene is primed to give Ibiza a run for its money as the nightlife spot in Europe.

Beautiful white buildings and bright blue doors; Mykonos Town delivers all these iconic images of the Greek Islands and more.

Named after the popular Italian city with countless canals, Little Venice is a picturesque part of town that hangs over the sea. As the sun sets in Little Venice, the light shines off the buildings and bounces along the water, making it the perfect spot for a romantic night.

Mykonos features some of the most beautiful and well known beaches in Greece and the rest of Europe which have played a very important part of the island’s tourism development. The sand is semolina white and the waters are cold and as blue as can be. The beaches of Mykonos are one of its finest features and are justly considered among the most beautiful in the Aegean. Long stretches of sand and azure waters can win over even the most demanding visitors, while the more than thirty beaches the island has are sure to cater to every preference. Some beaches attract the young while others are preferred by older generations. Some pulsate to the beat of all-day parties while others rest in quiet tranquility.

Mykonos Island National Airport  is located 4 kilometers from the town of Mykonos.

The transfer time from the town to the airport is about 10 minutes.