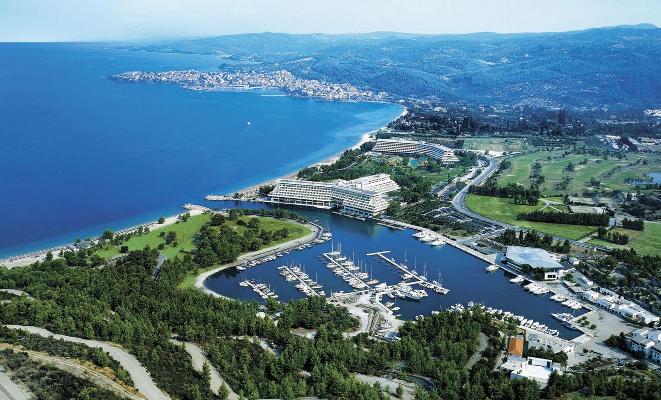 Once again recognized for its environmental-oriented accomplishments, the Porto Carras Grand Resort in Halkidikiwon two distinctions at the Environmental Awards 2015thatwasheld recently in Athens by Boussias Communications and Plant Management.

Porto Carras was again rewarded for green development initiatives and practices and received a silver award in the “Coastal Management” nomination and a bronze award in the “Water Conservation” category.

Moreover, the organization and cleanliness of the coastline is a key concern for the resort. For the past 11 years Port Carras has been honored with Blue Flags for the two coasts of the Meliton and Sithonia hotels but also that of the Marina, the largest private marina in Northern Greece.

The resort has also launched a project for the construction of a hydroelectric power & drinking water production refinery plant (for the hotels in operation) as well as of various outdoor units for sporting activities and of numerous vacation residences defined by the property master plan. The project is currently up for approval by the relevant authorities.