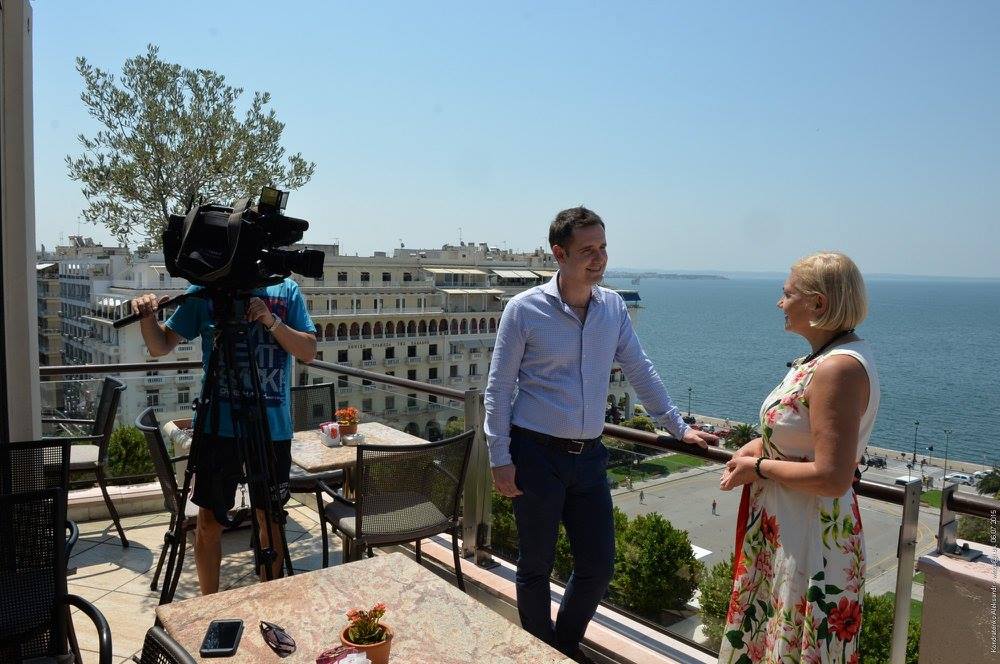 Mineral springs in Greece are known since ancient times from the writings of Herodotus, Hippocrates, Plutarch, Aristotle and Straboa, apart from this some scientist assert that water from the mineral resources was used for health purposes for the first time approximately 2000 years ago. Currently, there are nearly 700 mineral springs, which are used in the luxury spas, wellness centers or natural sources are available for everyone free of charge. The most popular are the as follows:

The lake is located on the southern coast of Athens, just 100 meters from the sea, in a very beautiful and picturesque surroundings. The lake is large enough, deep and well known for healing properties of its water. According to the legend, the lake was a favorite bathing place of the goddess Athena.Curative qualities of the lake are based on the existence of the hot underground springs, the water here is enriched with sulfur and its temperature even in winter is not 21° C. The water in the lake is salty because the lake is connected with the sea by a channel with the width of 6 meters. Salt water and in combination with hot sulfur produces a striking effect.

There are fancy rocks with age-old eucalyptus trees around the lake. The mixture of eucalyptus flavor, sea and iodide sea breeze and vapor of hot springs is a good remedy for the those who suffer from the respiratory system diseases. Small fishes of 2-3 cm, known under the name Garra Rufa inhabit the lake. The fishes can make a kind of peeling – they bite off dead tissue of human skin.

The bottom of the lake consists of a maze of underground caves, underwater tunnels and karst formations. In total, the lake has 14 different underground tunnels. One of them is the biggest in the world – its length is 800 meters, the width is from   60 to 150 meters and an average depth is of 80 meters.

Since ancient times the Greeks noticed that the hot waters of the Gulf of Corinth, could cure some diseases. Therefore, it is little wonder that the city, with the several discovered mineral springs, was named firstly Thermi( baths) and then after Loutraki ( from the word Loutra – medicated baths.) Today there are more than 60 hotels and the most famous health-resort Loutra Loutraki - SPA center, equipped with the latest technology which is considered one of the best in the world. Amazing healing properties appear due to the rich mineral composition of water. Procedures in bathtubs and swimming pools outdoors improve the effect due to the combination of healing climate enriched with pine aromas and freshness of sea water. Mineral sources are located along the coast strip of about 800 m. The temperature of the thermal waters starts from 30 ° C to + 37 ° C and they are used both for drinking and for bathing.

Natural sources of Methana city of Peloponnesus are known since the III Common Era, when according to historians the volcano erupted. Due to the volcanic activity since this day there is a number of sulfurous geothermal springs forming  the basis of the local resort in the city.

The thermal springs Thermopylae were know since ancient times.  There is a so-called “hot waterfall." Kamena Vourla a spa-resort city famous all over the world is located in 200km from Athens. Hot springs of this area arising from the very depths of the earth have a truly incredible healing qualities.

Mineral springs of  Edipsos are located on the north-western part of the island Evia and are known since the third century BC. This part of  Greece ideally combines the beauty of the sea coast and lush Mediterranean vegetation. Mineral water from the depth of 3000m is brought to the surface and circulates in the pools and fountains and in  the sea as well, so even a beach holiday in Greece at this area itself can be extremely useful. Local mineral sources include radon, carbon, sodium, calcium, hydrogen sulfide, compounds of iron with nitrogen.

Agia Paraskevi mineral springs are located in Kassandra (Halkidiki), 5 km from the town of Loutra, on the rock, which rises above the sea coast. This place is certainly for those who wish to improve their health and rejuvenate away from the bustling cities and major tourist centers. In this area Greek mineral water is saturated with hydrogen sulphide and has a temperature of + 39 ° C  compound sodium, chlorine, potassium and other elements as well.

Langada mineral springs ( or Loutra Langadas) are located in Kassandra (Halkidiki) 18km to the north of Thessaloniki. This is another ancient wellness center, which dates back to 900 AD. That times, Justinian - a military doctor of the Byzantine Empire built the first marble baths, which exist till nowadays. In 1925, after Europe recognized scientific basis of the mineral water treatment , here was established the first modern spa resort. Mineral sources temperature is slightly above + 39 ° C, they are used for bathing and for drinking water treatment and prevention as well.

Today, a healthy lifestyle, an integral part of which is considered the procedures with mineral and thermal waters is gaining more and more popularity. Greece with its vast number of natural resources, can rightly be considered one of the top destinations in the world!!!