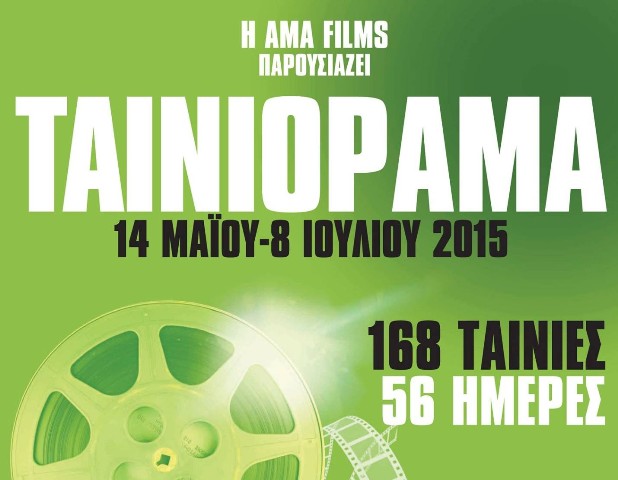 Film Festival – “25th Festival Tainiorama” - will be held from May 14 to July 8, 2015 in the capital's cinema "Asti". Within eight weeks, there will be shown  168 rare films from world famous film directors (three  demonstrations per day).

Film lovers are given the opportunity to recall such masterpieces of world cinema like "The wood for shoes"  by Ermanno Olmi, "Channell" by Andrzej Wajda, "Diary of Shinjuku Thief"  by Nagisa Oshima and many others.

Ticket for one session is 6 euros, a single day ticket (at the three demonstartions) - 7 euro , ticket for all days of the festival (limited number) - 45 euros