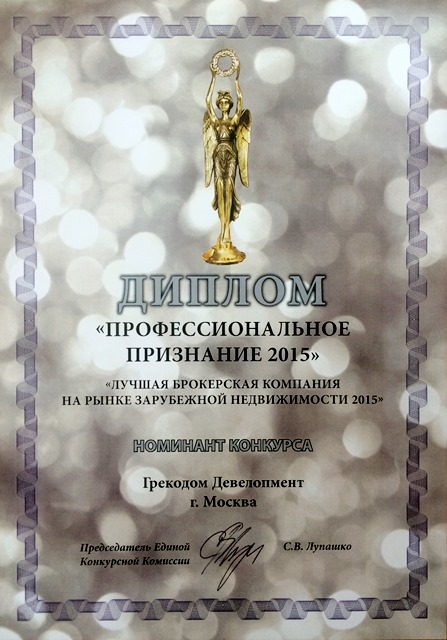 For first time in the history of the National Congress on real estate, the Congress was held on 11-13 of June 2015, in the capital of Tatarstan, Kazan.

The event took place in the fantastic hotel ''Riviera'' which is located in the heart of Kazan, on the picturesque coast of the river Kazanka. The Congress summed up the annual national competition ''Professional Recognition 2015''.

Grekodom Development Company received a diploma in the nomination ''The best brokerage company in the real estate market in 2015''.