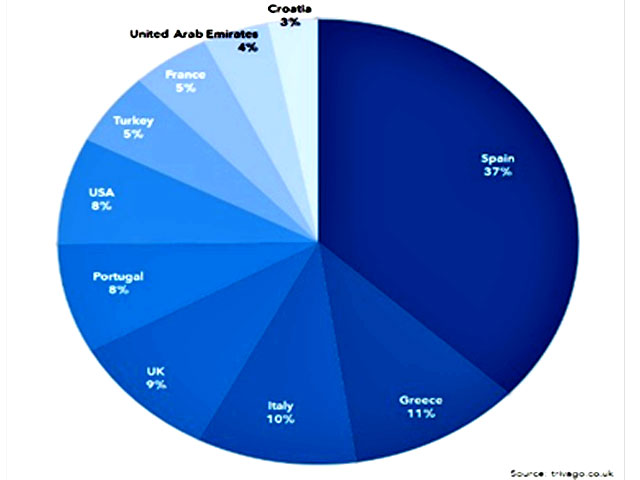 Very good news for Greek tourism comes from the British site Trivago, which puts Greece on the second place in the list of the most popular destinations for British in summer.

Based on Trivago.co.uk data, Greece collects the 11% of the preferences of British, after Spain, which holds first place with 37%.

The Mediterranean countries, this year the honour was given to United Kingdom, specify the best destinations: Italy with 10%, followed by United Kingdom, Portugal, USA, Turkey, France, United Arab Emirates and Croatia.