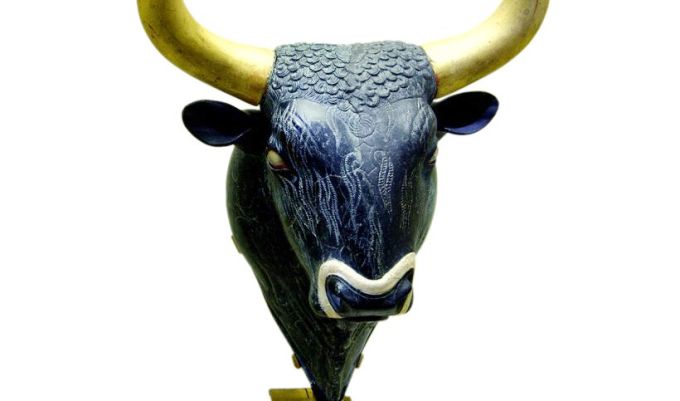 The Heraklion archaeological museum is a Museum in which occurs almost in its entirety the Minoan civilization. Is one of the biggest and most remarkable museums in Greece and one of the most important in Europe. The exhibits include representative samples from all periods of Cretan prehistory and history, covering approximately 5.500 years from the Neolithic period το Roman times. Dominant position ιn the collections hold unique masterpieces of Minoan art. The collection of Minoan antiquities is most important in the world and the Museum is considered the pre-eminent Museum of Minoan civilization.

The first archaeological collection in Heraklion was founded in 1883. In 1900 it was accommodated in two rooms in the courtyard of the Cathedral of Saint Minas. With the start of major excavations in Crete, included the first significant findings, while at the same time granted in the Cretan State.

In 1904-1907 built the first museum room, while in 1908 after adding a second Chamber were transferred there the Antiquities.

The current building began in 1937 to the designs of Patroclus Karantinou.

From November 2006 until early 2014, the Museum remained closed to the public because of renovation work inside. A small temporary exhibition of the most important exhibits of the Museum could be seen in the special room set up in the north side of the Museum. By March 2014 at the refurbished Museum is now fully open to visitors and more impressive than ever.