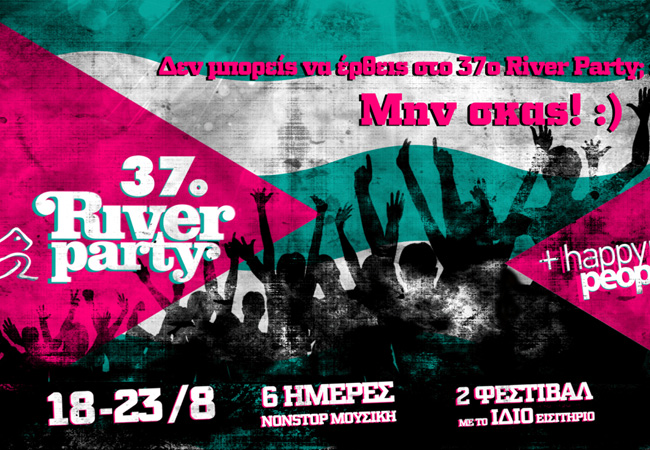 The most historic and oldest Greek music, camping Festival River Party, held annually in Nestorio (Kastoria), celebrates its anniversary 37. This year the legendary musicians get-together, and will be held from 18 to 23 August.

The success and popularity of the Festival led to the fact that he was voted into the top 12 best European festivals ("Europe Festival Awards 2012"). This summer, the festival promises to be even richer and interesting, with concerts, creativity, music and dancing in a picturesque place on the Bank of the River, affirming even times that the River Party remains one of the main musical events this summer.