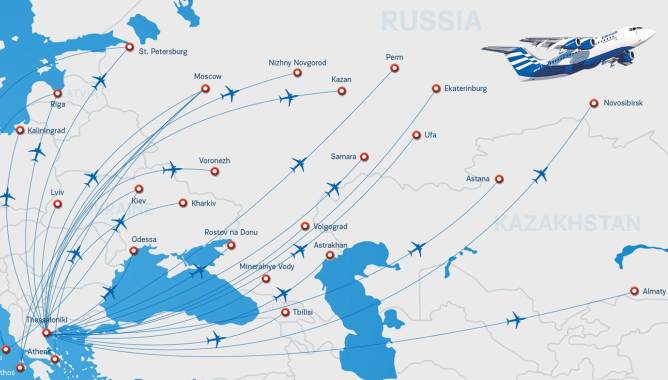 Airline Ellinair, part of the holding Group, Mouzenidis expands the geography of flights, opening a new air route Thessaloniki-Izmir-Thessaloniki. Regular flights on the route will run from September 24, 2015 weekly on Tuesdays and Saturdays.

Flights will be operated with aircraft AVRO RJ-85 British manufacturing capacity of 96 passengers (6 seats in first class and 90 economy class). The cost of a ticket at one end-90 euro, round-trip-165 euros.

In addition, up to 28 September will be extended the summer schedule of domestic flights the airline Ellinair on a number of airlines.

The Summer timetable of the company on domestic flights came into force on 15 June and was valid until September 7, 2015. The increase in the demand for tickets and the very high rate of occupancy of flights has become a key factor in the expansion of the summer program.

By Ellinair during the first two months of work on these routes carried more than 20.000 passengers, with an average occupancy of flights 80%, and in some areas, such as Santorini-Athens, the occupancy rate exceeded 90% on average.