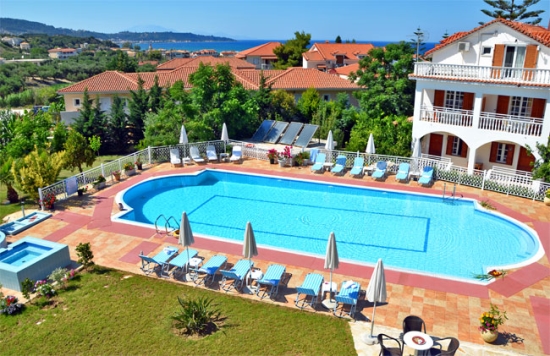 Greek hotels received a higher satisfaction rating at 84.5% in 2015 outperforming their competitors' 81,5%, according to the General Satisfaction Index (GRI: Global Review Index) data released by the Greek Tourism Confederation (SETE Intelligence). The data is based on assessments by 280,291 Greek hotels' customers and 1,094,807 customers of competing destinations as calculated by the Review Pro system. Greece also attained higher rates than its competitors regarding special indicators such as value for money, service, room, food, beverages and cleaning. Accommodation in the northern Greece region of Epirus stood out with a satisfaction rating of 89.3 percent, followed by the Cyclades at 88 % percent.

A very high rate of satisfaction (87.9%) was recorded among customers of 5-star hotels. Santorini, Mykonos, Cyclades, Crete, Halkidiki, the Dodecanese and the Ionian outwon rival destinations. Athens is second only to Istanbul, superior in comparison with Rome and tied with Barcelona, while Thessaloniki reached a quality index 80% outperforming competitive Izmir and Marseille but lagging behind Bologna.  Online reputation and social media management company ReviewPro’s GRI is a benchmark for guest satisfaction and tracks Greece’s performance over time by comparing the country’s online reputation to its competitors. Cyprus outweighed all competing international destinations, too.