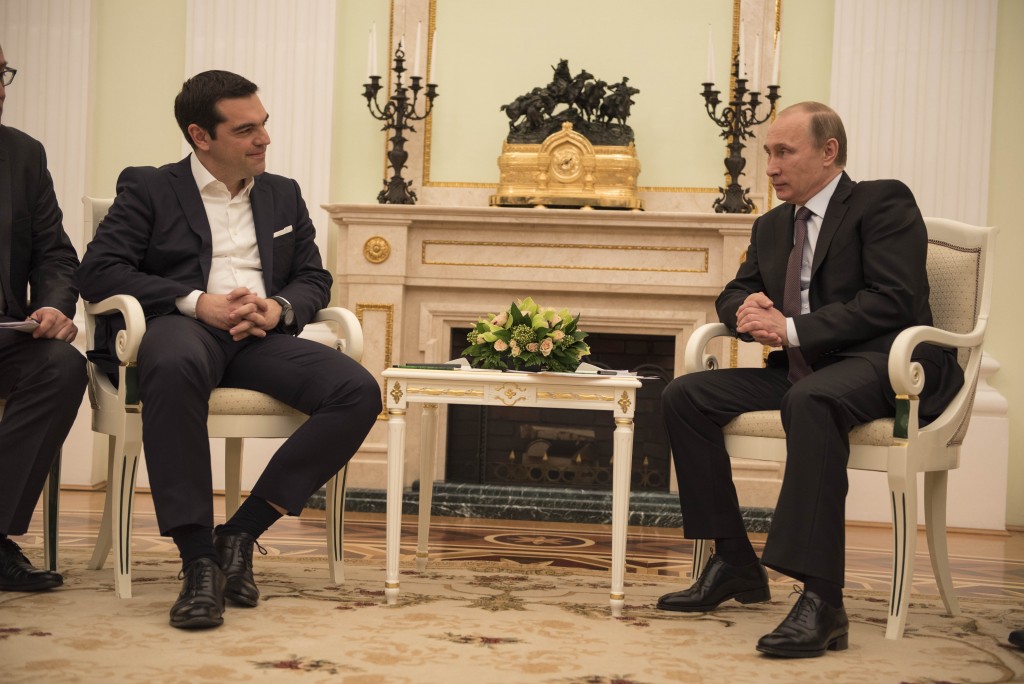 Russian President Vladimir Putin stated that Greece is “an important partner in Europe” in an interview he gave ahead of his visit in the country.

Putin wrote to Kathimerini daily and referred to, inter alia, the potential cooperation between Greece and Russia in energy projects and reiterated the interest in Greece’s state railway TRAINOSE.

“We are conducting a dynamic political dialogue,” Putin wrote, noting that bilateral cooperation “rests on a rock-solid base of common civilization values, the Orthodox culture and a genuine mutual affection.”

Putin wrote that the bad relations between the European Union and Russia prevent further deepening of the Greece-Russia trade cooperation, claiming that both economies felt the impact of the embargo imposed on Russia due to the Ukraine issue.

“Issues relating to southern routes of energy shipment to the European Union states are still on the agenda,” Putin also wrote, referring to cooperative energy projects.

Regarding investment in Greece, Putin wrote that there is Russian business interest in “streamlining the Greek transport infrastructure,” referring to “the forthcoming Greek tenders for the purchase of assets of railway companies and the Thessaloniki port facilities.”

Russia’s leader will be in Greece Friday and Saturday. The first day of his visit he will meet with Prime Minister Alexis Tsipras and President of the Hellenic Republic Prokopis Pavlopoulos. On Saturday, he will visit Mount Athos, the center of Greek Orthodox monasticism, where many Russian monks reside.

Talks with Tsipras will include trade, investments and projects in the energy and transport sectors. The two heads of state will sign several bilateral agreements.