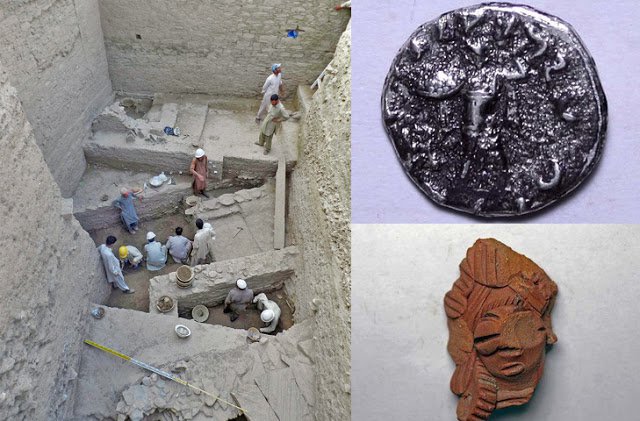 Italian and Pakistani Archaeologists have discovered large layers of an Indo-Greek city with weapons, coins and pottery forms, in Barikot, Pakistan, according to a Dawn report.

Barikot was called Bazira in ancient times, a city captured by Alexander the Great during his advance to India.

Dr. Luca Maria Olivieri, head of the Italian Archaeological Mission in Pakistan, told Dawn that during their recent excavation in April-June they unearthed some very important discoveries in Barikot, in the Swat river valley. Excavations at Barikot are funded by the Pakistan-Italian Debt Swap Program.

“Very little is known in the archaeology of the sub-continent about the material culture of the Indo-Greek. However, this time we discovered at Barikot ample layers associated not only to the Indo-Greek city (when the settlement was encompassed by the Defensive Wall, 2nd century BC), but also to the pre-Greek city, the Mauryan settlement (3rd century BC),” Olivieri told Dawn.

The archaeologist also said that during the excavations it was discovered that all pre-Greek layers were destroyed along the Defensive Wall at the time of its construction, to make space for the fortification, revealing conspicuous traces of the Iron Age village (7th century BC).