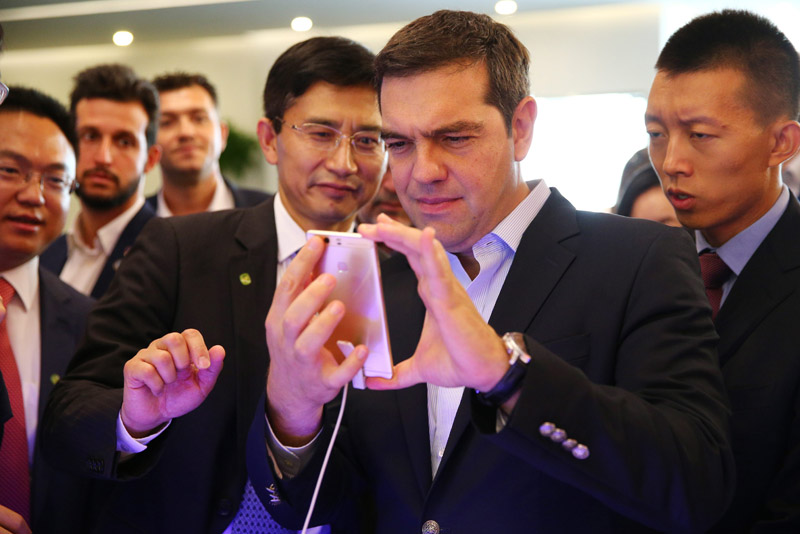 The creation of a technology park in Athens in cooperation with Chinese giant Huawei is a proposal Greek Prime Minister Alexis Tsipras made during his visit to the headquarters of the company in Beijing.

The meeting with Huawei high executives was part of the Greek prime minister’s trip to China in order to lure investors to Greece.

The Greek government invests significantly in the Information and Technology sectors, because they are the oxygen of the economy. `

The executives of Huawei guided Tsipras around the headquarters of the company with “Zorba the Greek” playing in the background. The Chinese executive presented to the Greek PM several technological advances such as Huawei’s 5G mobile phones 5G and intelligent high-tech applications.

Tsipras told the Huawei heads about the establishment of the General Secretariat of Digital Policy and the fact that the new development law puts New Technologies, Information Technology and Research as priorities for growth.

In fact, the Greek premier proposed the creation of a technology park in Athens in collaboration with Huawei and suggested its fraternization with Technopolis of Thessaloniki.

For his part, the head of Huawei emphasized that the Chinese company will implement a three-year program for the education of Greek students in new generation technologies.