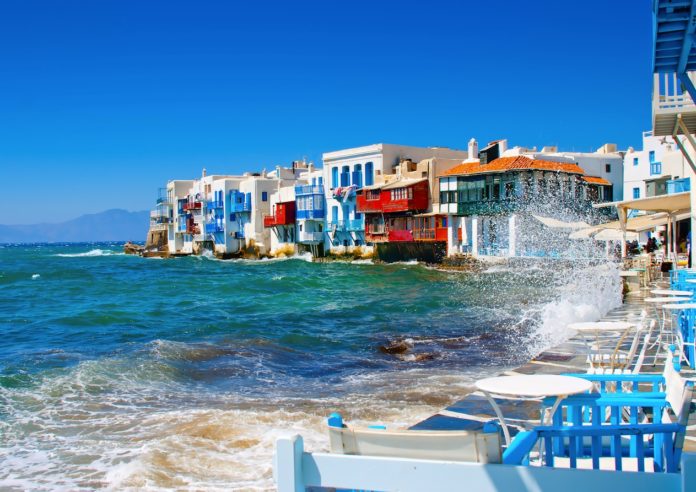 Mykonos, Greece’s party island in the Cyclades, has been billed by the Financial Times as the most sought after and expensive pieces of land on the property market in an article titled, “Why Mykonos is Greece’s Most Resilient Property Market.” Though Greece is in the grips of an economic crisis, the small Cycladic island that is five times smaller than Spain’s Ibiza attracts top celebrities from around the world willing to spend large amounts of money to buy property on the cosmopolitan island.

The cost of accommodation is estimated at 507 euros per night, surpassing Monte Carlo that averages 470 euros per night. Expensive cocktails set back clients at least 20 euros while famous restaurants from around the world are opening branches on the island. From Hakkasan of London to the Buddha Bar, there’s no denying that Mykonos is a happening place – or, as French realtor Nicolas Mugni of Demeures de Grece agency says, “It’s like a small Saint Tropez!”

What you can get, according to the Financial Times…

€1m A three-bedroom villa in the north

€2.5m A five-bedroom villa with a pool and sea views

€5m A six-bedroom villa with direct access to the sea