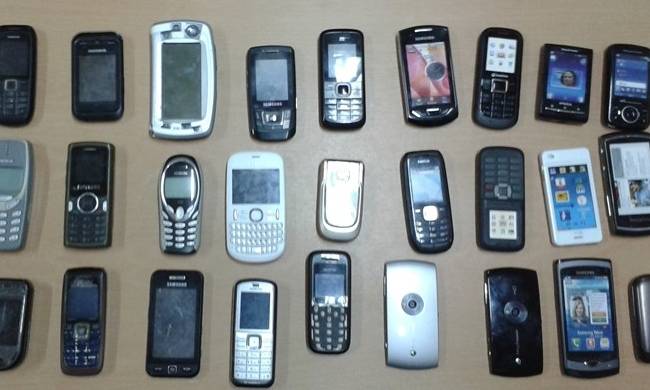 Greece’s financial police on Friday announced the bust of a ring running a major racket involving the trade of mobile phones and electronic devices, which is estimated to have cost the Greek state millions of euros over the last four years.

The arrests were carried out during coordinated raids in various parts of Attica on Wednesday and police believe that three leading members of the ring are among those now in custody.
The three are believed to have launched their operation in 2013, recruiting other foreign nationals and using fake or stolen Pakistani passports and other documents to deceive state services and banks and set up fake single-person businesses selling mobile phones.
Using a succession of these fake businesses, the ring was able to obtain official documents from state services, getting approval for purchases of mobile phones from EU countries that they sold online at very low prices without essentially paying anything, while also bringing about an unlawful legalization of foreign nationals.

The scam is estimated to have cost the state more than seven million euros in unpaid taxes, while an audit has revealed 5.9 million in undeclared income and inaccurate statements of revenues through fake purchases of merchandises amounting to 11.3 million euros.
The total value of the goods acquired within the EU is estimated to be roughly 58 million euros.

Those arrested will face a number of criminal charges, including those of forming, joining and running a criminal organization, forgery and fraud, wrongfully obtaining false certifications, tax fraud, legalization of income from illegal activity and financing terrorism, as well as violations of immigration law. They were led before an Athens prosecutor on Thursday and the case has now been referred to a special examining magistrate.