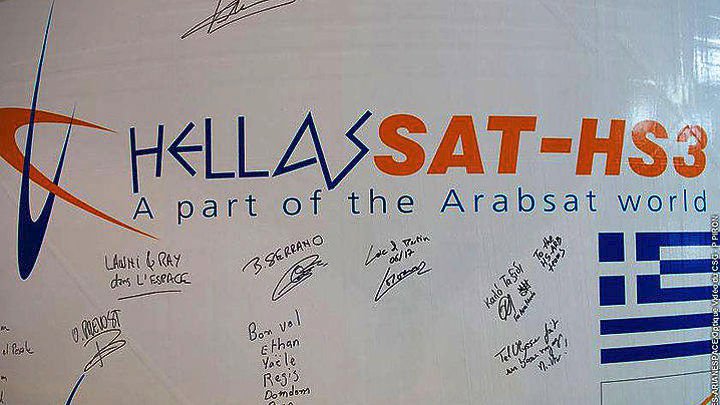 The Greek-Cypriot telecommunication satellite Hellas Sat 3/Inmarsat S EAN is ready to be launched into space onboard the Arianespace’s Ariane 5 rocket at midnight (Greek time) on Wednesday (June 28) from the spaceport in Kourou, French Guiana.

Hellas Sat 3, along with satellite GSAT-17, will provide telecommunications and direct-to-home (DTH) television services to their respective markets. If all goes well, the satellite is expected to be set into its final geostationary orbit about five days after its launch, when its four antennas will be fully developed.

Hellas Sat 3-Inmarsat S EAN will be the 149th Thales Alenia Space-built satellite to be launched by Arianespace and will operate from 39 degrees East.