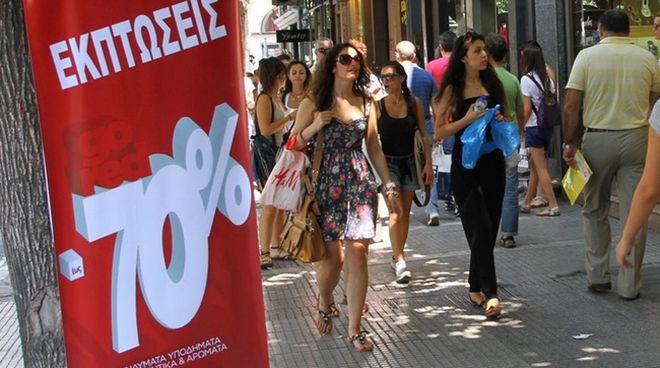 The new law 4427/2017 allows for retail stores in central Athens, Thessaloniki, and tourist areas to be open on Sundays for six months of the year during tourist season. The opening of retail stores on Sundays is a prerequisite of Greece’s bailout program.

The Federation of Private Sector Employees has called a 24-hour strike to protest the decision while the Hellenic Confederation of Commerce and Entrepreneurship (ESEE) said it will appeal it to the Council of State.

The ministerial decision determines, in great detail, specific areas where the shops can open on Sundays.

Factors that determine the opening of shops include:

In addition, an important role in the choice was played by the occupancy rate of the hotels, the concentration of hotel businesses, as well as proximity to popular sites of historical and cultural interest.

Finally, an additional factor concerns the concentration of commercial activities as determined by the total number of retail outlets, their turnover, and consumer demand.